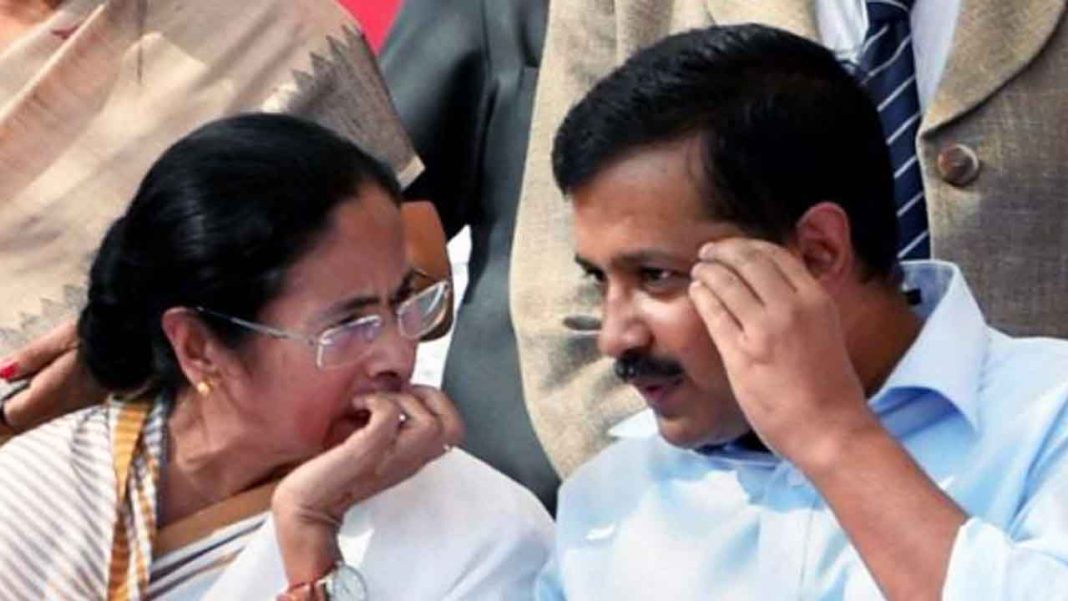 Opposition leader from all the two dozen parties who had gathered at the Brigade Ground in Kolkata are expected to meet a mega rally at Jantar Mantar on Wednesday.

After three week her Mahagathbandhan rally in Kolakata west Bengal C.M Mamta Banerjee arrived in the national capital to join the protest by opposition leaders and take forward her attempts to forge a broad grand alliance to take on the BJP in the 2019 Lok Sabha election.

This time, Delhi chief minister Arvind Kejriwal is the one playing host. Before  leaving for Delhi, Banerjee repeated what she had said at the Kolkata rally that Modis expiry date is over.

Narendra Modi knows he is not coming to power. within 15 days, we will have election dates. Mamta banerjee said the country wants a change, the  country wants to see a united India, where democracy and inclusiveness will be sustained.

Only the presence of someone from the Congress is not confirmed. Asked if Congress president Rahul Gandhi would also attend the rally, Rai said an invite was sent to him, adding that the AAP had invited all the opposition leaders who had gathered in Kolkata last month. Abhishek Manu Singhvi and Mallikarjun Kharge had represented Congress at the January 19 rally.

The AAP and the Congress have been bitter rivals in Delhi and Punjab.