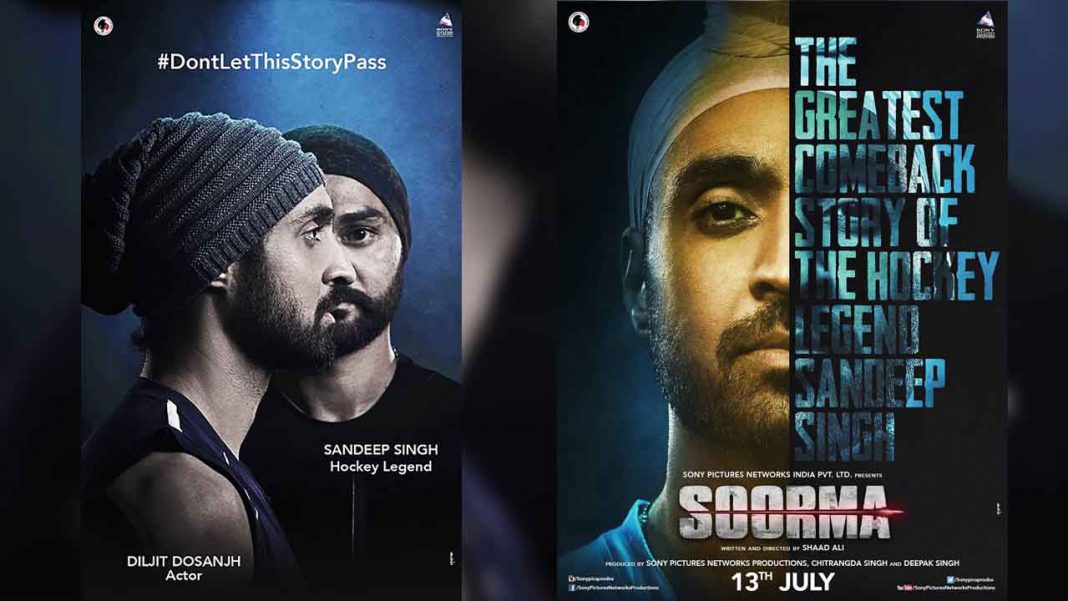 Soorma is a biopic made on Sandeep Singh who is a hockey legend and the ex-Captain of the Indian National Hockey Team. Sandeep, regarded as one of the world’s most dangerous drag-flickers, has given many a golden moment to Indian hockey.

His passion was bigger than his fears.
His will to rise, stronger than any setback.
Watch the greatest comeback story of the hockey legend, #SandeepSingh, in cinemas on 13th July! #2MonthsToSoorma@flickersingh @diljitdosanjh @taapsee @Imangadbedi @IChitrangda @SnehaRajani pic.twitter.com/xrJiqagbcV

The makers of the film are all ready to bring his story to the big screen which would be yet another story of an underdog.

Inline with the TedX Sandeep was also a guest speaker at Cambridge University and Warwick University in England.

Sandeep’s story is so inspirational that a Bollywood biopic is being made named Soorma on his life where his role is portrayed by actor/singer Diljit Dosanjh.

Sandeep is regarded as the most dangerous drag-flickers of all time with drag speeds of over 145 km/hr which led to his nickname, ‘Flicker Singh’.

The drag-flickers journey – of wins, losses, life, and death – will soon be seen on-screen in Soorma, a Shaad Ali directorial, starring Diljit Dosanjh and Taapsee Pannu.

Soorma is produced by Sony Pictures Networks Productions, Chitrangda Singh, and Deepak Singh which will release on 13th July 2018.