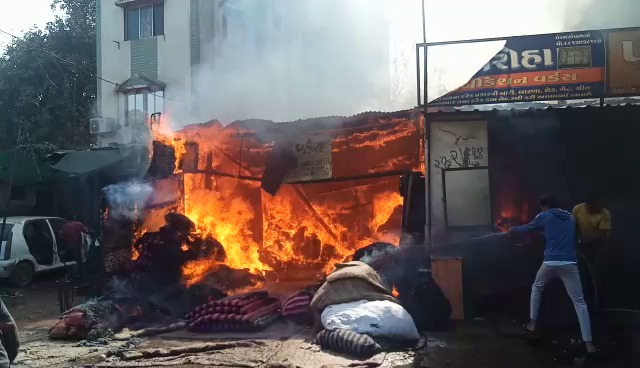 Vadodara city is witnessing regular fire incidents in recent times raising a question about observing fire safety measures. On Friday a local mattress godown was destroyed in the fire believed to be start with a short circuit.

As per details the local mattress godown near Ajabdi mill in Panigate area caught fire on Friday morning. The whole area was covered in thick smoke as the flames are rising dangerously. People are running for safety as the fire spread quickly inside the godown and fire brigade was informed immediately about the incident.

The fire department called it major one and depute around six fire tenders to the spot. With continuos flow of water the fire fighters managed to control the flame and had a sigh of relief as no one was injured in the incident.