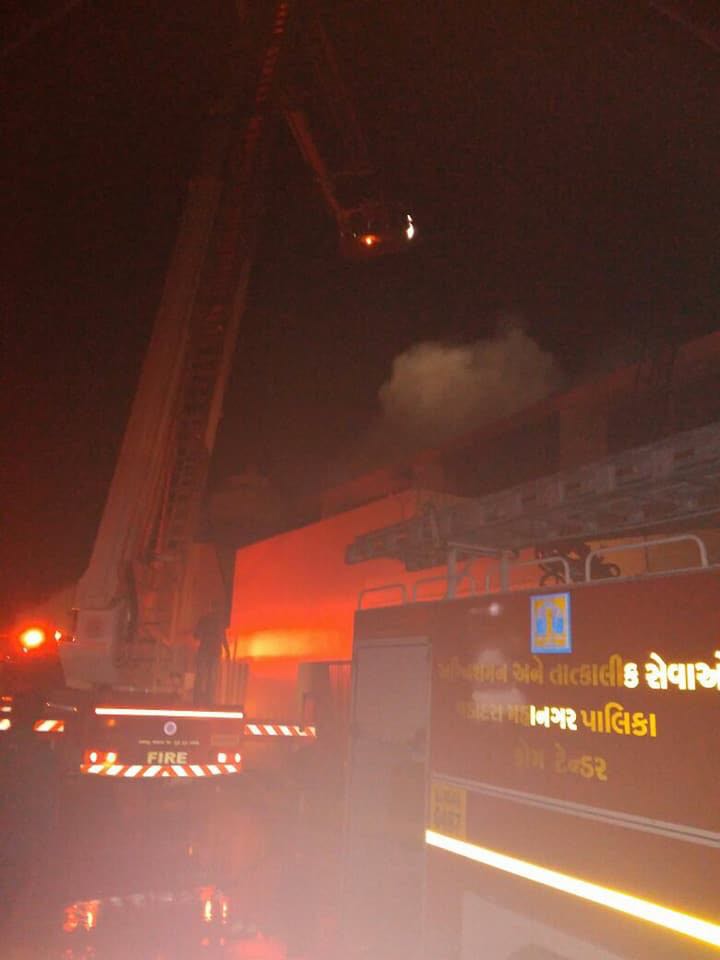 Five first responders, 6 water bousers, 2 water tankers were pressed to douse a major fire at FAG company in Vadodara. It took around one hour for the 40 firefighters to douse the level 3 major fire.

As per the details the fire brigade received the call around 10pm on Monday and place it as level 3 major fire call inside the FAG company. Total 5 first responders 6 water bousers 2 water tankers were pressed on site and after 1 hr 40 firefighters sucessfully took fire under control.

The fire brigade team used Postive pressure ventilators, Illumination tower and water spray technique to control the situation. The fire spread to nearly 12 offices inside the company and the fire fighters had to struggle hard to control the fire.

Makarpura police also reached the spot after the call and started their investigation to know the exact cause of fire.