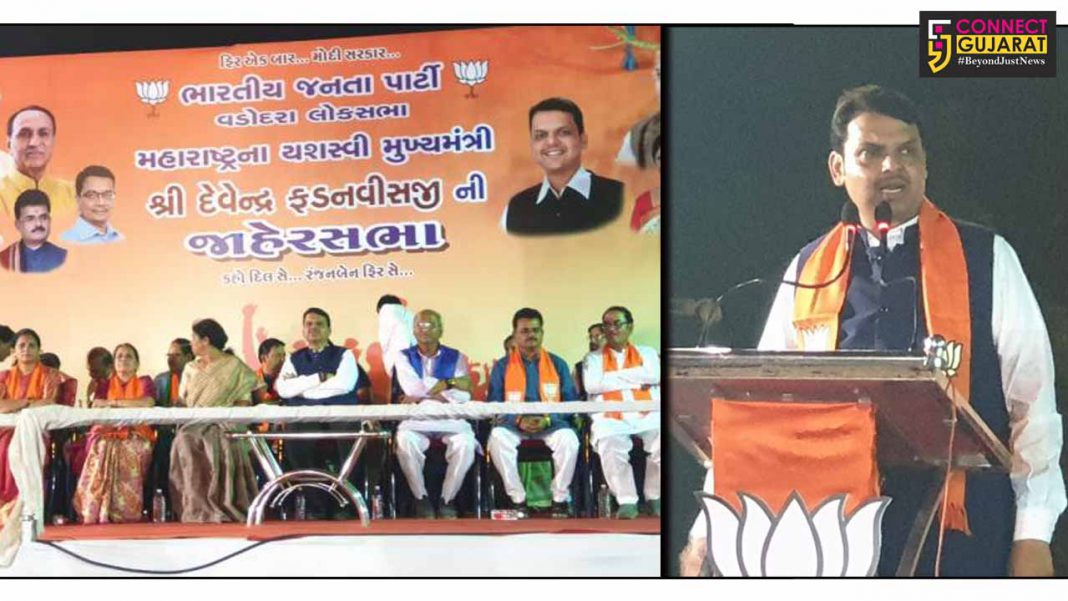 Maharashtra CM Devendra Fadnavis visit Vadodara for a public meeting in support of BJP candidate Ranjan Bhatt. Attacking the opposition he said under the leadership of PM Narendra Modi the country moves towards development which lacked in Congress ruling of six decades.

Addressing a public meeting at market crossing in Vadodara Fadnavis attacked the congress leadership which claimed to end poverty in the country but failed everytime. He said their manifesto lacked everything and the the speech of Rahul Gandhi is just like the disclaimer flash before tv serials which states the channel is not responsible for anything.

Further he said the Congress manifesto which claims to remove army from Kashmir and also to remove 124 (A) is like giving free hand to everyone. He request people to vote for good governance which the BJP gives in the last five year. He point out the various schemes like Jandhan, Ujjwala, Ayushman Bharat, Swachhta Abhiyan started by PM Modi for the benefit of the people and give them a hope for a better future.

He concluded his speech by saying that this time the election is about to choose better government, national pride and security. He called all to vote for BJP for a better governance under the leadership of Prime Minister Narendra Modi.