Yard examination of freight rakes of Vadodara division has been shifted from Vadodara Yard to Karachia Yard...
Read more
0

MEMU train services between Pratapnagar and Kevadiya should be treated as fully reserved passenger trains instead of...
Read more
Connect Gujarat Desk 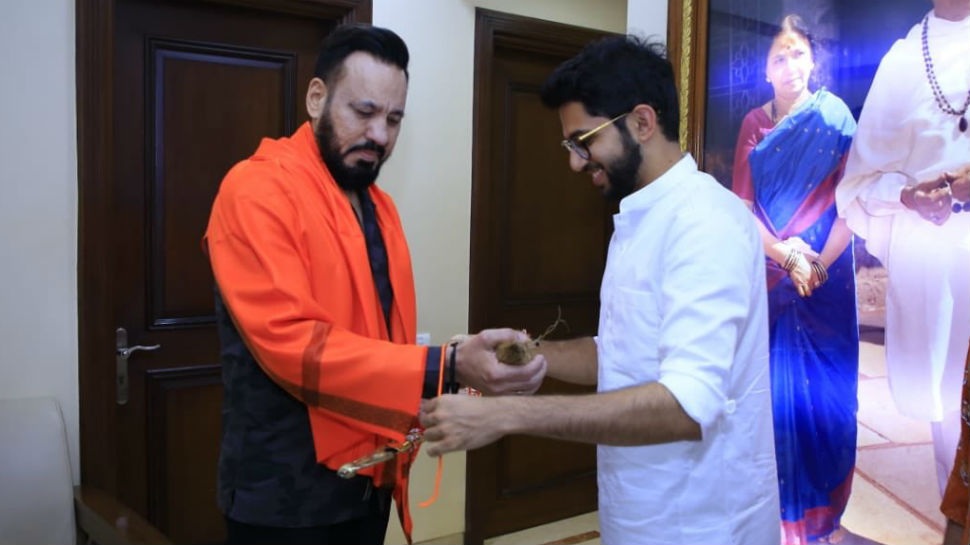 The party’s official social media handle shared photographs of Shera draped in a saffron shawl and with a sword in his hand.

This isn’t the first time that a Bollywood personality contributed their support to the Shiv Sena. Earlier this week, actor Sanjay Dutt came out in support of Aaditya Thackeray, calling him his ‘younger brother’.

Aaditya is set to make his electoral debut from South Mumbai’s Worli assembly segment, becoming the first Thackeray to contest elections. No member of the Thackeray has ever contested any election or held any constitutional post since the Sena was founded in 1966.

The Shiv Sena is fighting the upcoming assembly poll in alliance with the Bharatiya Janata Party (BJP). The two allies finalised a seat sharing agreement earlier this month after several rounds of negotiation. The Sena will, accordingly, contest on 124 of the 288 assembly seats and the BJP on 154.

Maharashtra will go to polls on October 21 and the counting of votes will take place on October 24.

0
Yard examination of freight rakes of Vadodara division has been shifted from Vadodara Yard to Karachia Yard and the same was inaugurated...
Read more
Gujarat

0
MEMU train services between Pratapnagar and Kevadiya should be treated as fully reserved passenger trains instead of Mail/Express train starting from 20th...
Read more
Gujarat

0
Given guard of honour by the Vadodara police Gopalbhai Ranchodbhai Tadvi, 55, a head constable was on duty in...
Read more
Gujarat

0
Total 123 discharged from hospital taking the total to 21673 The number of positive cases in Vadodara reached 22879...
Read more

I won’t join politics as I can’t change my personality: Kapil Dev

0
The vibrant outbound tourism industry of India is optimistic about some green shoots of recovery by the latter half of 2021. Travelling...
Read more

0
Shraddha Kapoor being a wonderful actor and a wonderful person, she adds meaning to the word empathy every time she does something...
Read more
- Advertisement -