Piyush Goyal start with a Gujarati and said that he has the previlige to visit Vadodara twice in Navratri. 2016 in switch and now for the inauguration.

Piyush Goyal said Ranjan Bhatt gives a  proposal in the parliament for a long train. And finally it started joining Vadodara and Varanasi and the request was fulfilled. Now it’s become reality that PM will inaugurate the train through video conferencing from Varanasi. 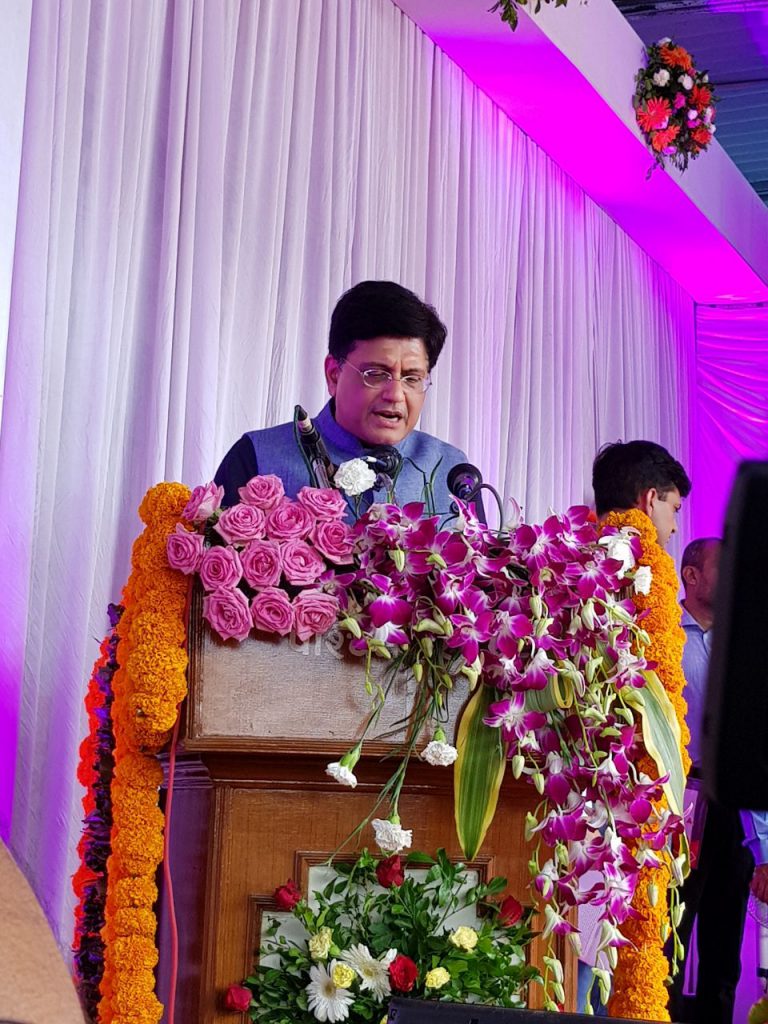 Talking about the Varanasi connection he said that Sayajirao Gaekwad finance the library at BHU and this train will not only join the two cities but also relived the old memories.

He said this is the first long distance train starts from Vadodara which also cuts the distance between the two cities. With this train the passengers reach their destination in 27 hours instead of 36 which normally a train takes. Nearly 1200 people commute in this weekly train and if the response is good then the frequency will be increased in future. With demand of the people a 3 AC coach will also be included soon. 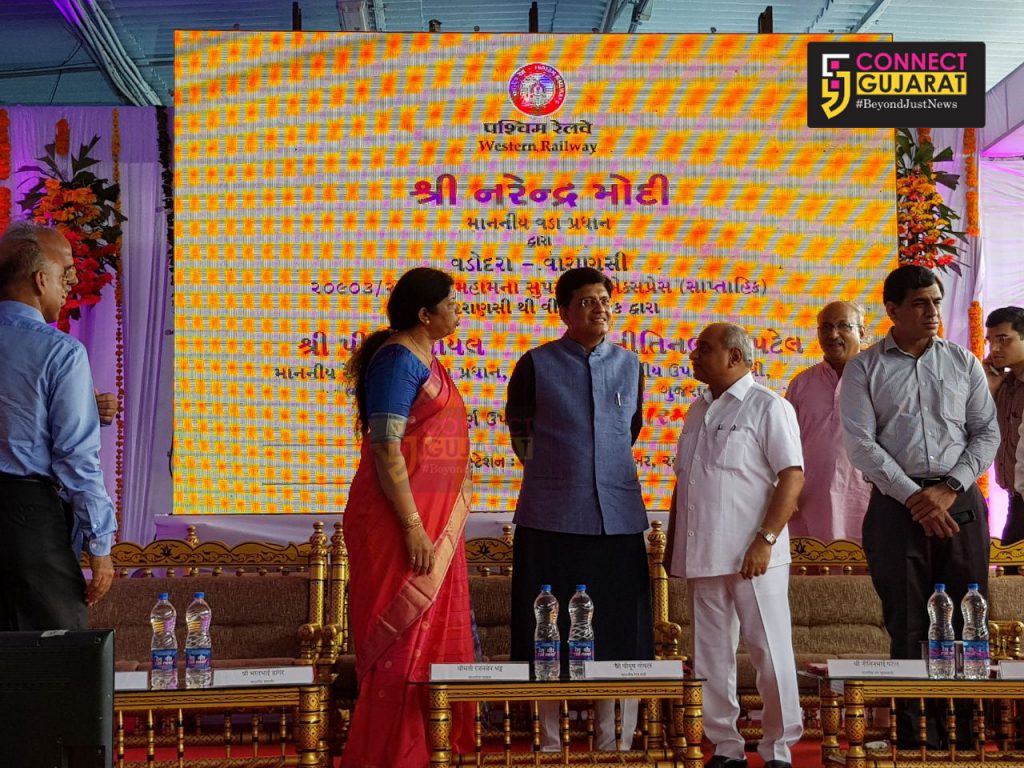 He also said that now Vadodara is also has its name included in the list of world class stations and the development for the same will start soon. He said PM Narendra Modi heart always beats for Gujarat and the train joins the two of his dream cities.

The train is perfect example of make in India as the coaches are redesigned in the country. He also said that they will propose the same to implement in other trains also.

Finally he said that trains are always a important part of India be it in movies or others. The PM dream is to make the Indian railways once again a important part in the growth of the country. Railway investment will come to Gujarat and efforts are there to start the high speed Bullet train in 2022.