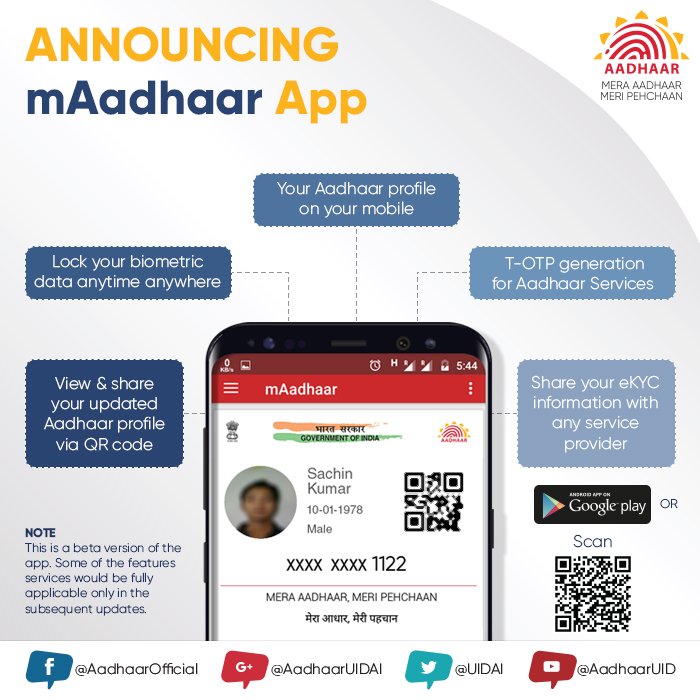 The Unique Identification Authority of India (UIDAI) has introduced mAadhaar for Android smartphones which can be downloaded for free. With this app, you can now take the information related to your Aadhaar card on the smartphone.

Download #mAadhaar from https://t.co/6o4DdtWs3B on any android phone running on Android 5.0 & up. Registered Mob. No. required to sign-up. pic.twitter.com/J60Q5vC7M2

It has been tweeted with the official Twitter handle of the Aadhaar, which has been told about it. According to this, users can now take their Aadhaar anywhere on mobile. In this app you first need to do Authenticity your Aadhaar.

Details like name, date of birth, gender, photo and address will be found here in just a few clicks. For this you have to download this app from Google Play Store.