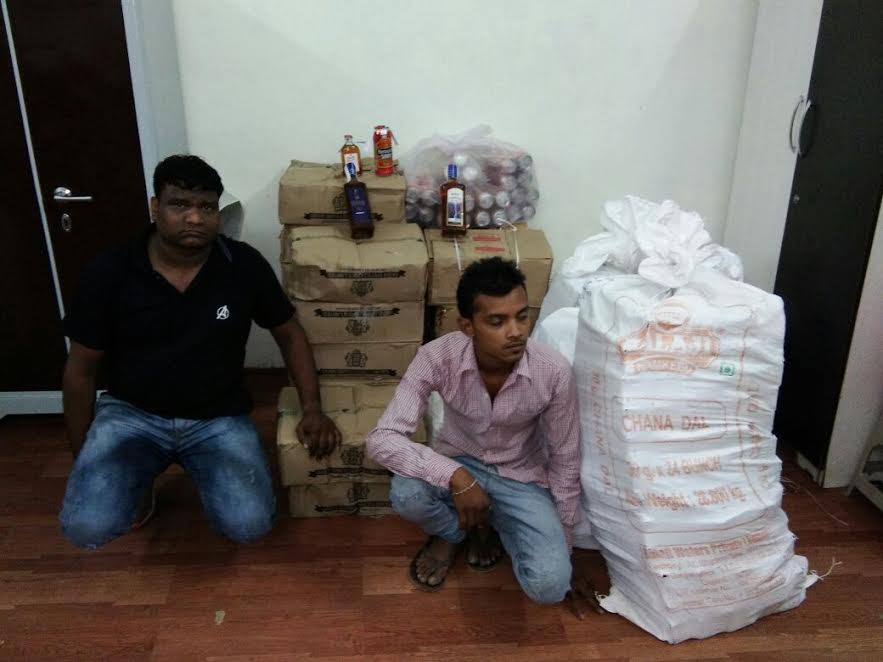 Vadodara crime branch arrested two with Indian Made Foreign Liqour (IMFL) worth rupees 1.71 lakh from Golden crossing in Vadodara. Police arrested the accused with the his luxury car and booked them under prohibition act.

The crime branch team kept a watch upon prior information and detained the duo travelling in a luxurious car along with the liquor. Police recovered various brands of rum, whiskey and beer from the car. Police arrested Vishal Chauhan and Mehul Trivedi both from Ahmedabad and booked them under prohibition act and registered the offence in Harni police station of Vadodara. During Primary investigation it was revealed that the liquor was loaded from Chhotaudepur from Kalu and Mohabbat Sinh and was ferrying on the way to Ahmedabad by the duo. Police booked both of them under prohibition act and further investigating. One of the accused

Vishal Chauhan was earlier arrested in Ahmedabad in three offences of Liquor cases and also served in Bhuj and Surat jails under PASA.