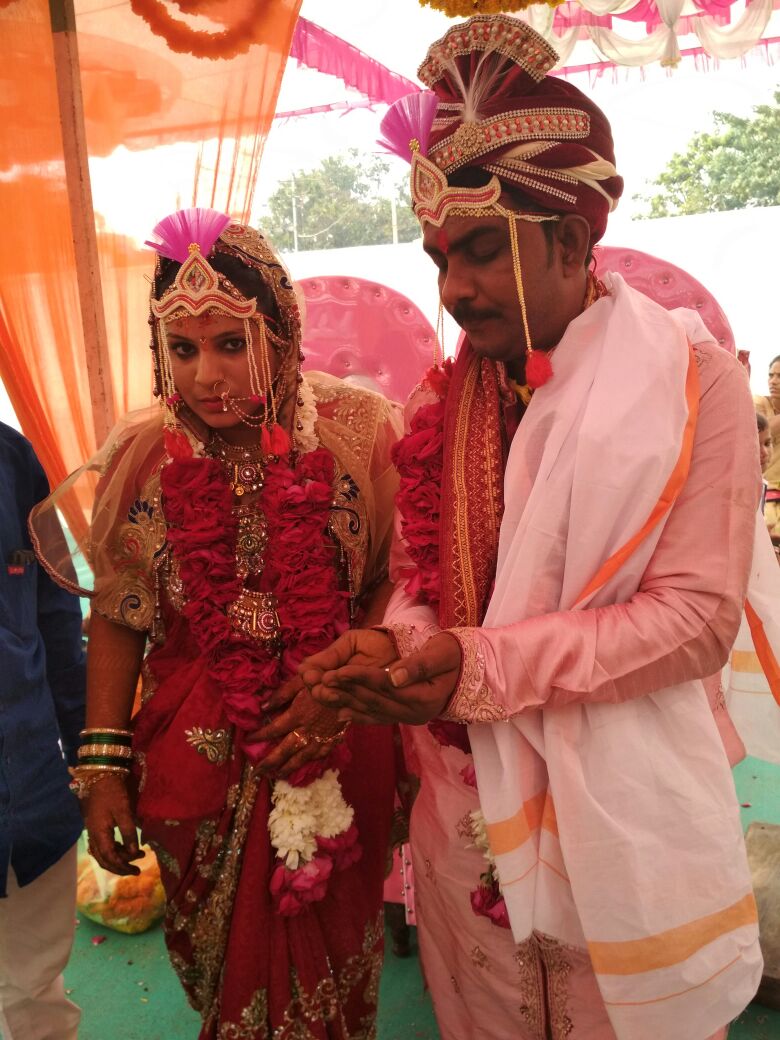 Love has no boundaries and such an incident came to light on Monday when a Maharashtrian boy marries to a Muslim girl in Vadodara. The families of both side agrees to the marriage and bless the newly Wed couple.

On the auspicious day of Vasant Panchami Ahmedabad boy Prahalad tied the knot with Arzoo in a mass marriage ceremony for the Maharashtrian organised in Vadodara. Prahalad resident of Vatva in Ahmedabad was working in Rajkot and fell in love with his colleague Arzoo. After understanding each other they both decide to marry and ready to fight all the odds.

They asked for the permission from their families and initially they denied as due to their religions. However they convinced them as both of them immensely loves each other and ready to fight all odds to get marry.

Meanwhile they came to know about the mass marriage ceremony of Maharashtrians and registered their names. They arrived at Vadodara and on 22nd January the day of Vasant Panchami tied knot as per traditional Maharashtrian rituals. Their family, relatives and friends all were present there to bless the newly Wed couple.

It’s a beautiful ocassionally for them as Prahalad and Arzoo dressed up in traditional Maharashtrian style for the marriage and tied the knot with hindu rituals.

The organiser Kokila Kadam was overwhelmed as seven couples tied the knot in the ceremony organised for the first time. She also praised the couple Prahalad and Arzoo for gives an example of religious unity among others. All the newly Wed couples are given gifts by the donors on this occasion.

Prahalad is working in a transport company and decides not to change the name of her wife after the marriage. He also not force her to change her religion as the love between them is enough to live.