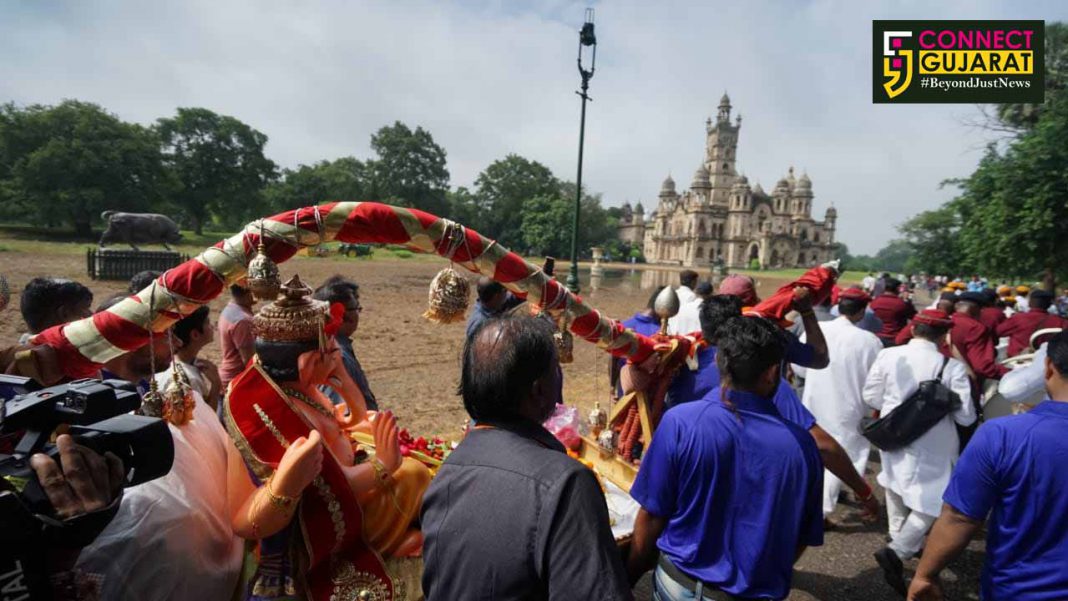 As per our Indian old tradition Lord Ganpati arrived in Laxmi Vilas Palace on Ganesh Chaturthi with traditional sound of Shehnai and chants of Ganpati Bappa Morya. For more than seven decades famous Chavan family make the idol of lord Ganpati installed in the palace. 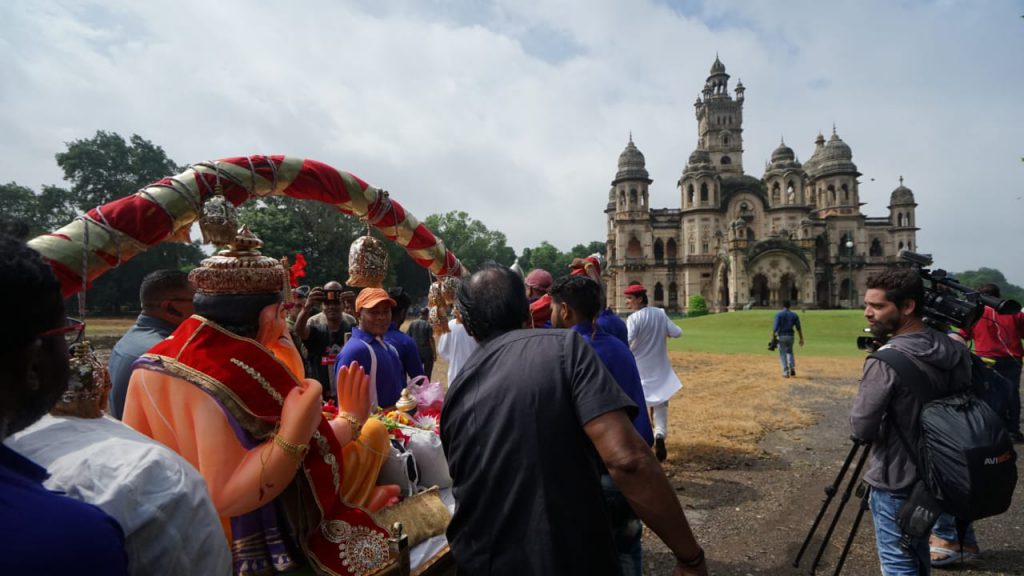 As per the tradition Lord Ganpati popularly known as Palace Ganpati arrived in the morning as per shubh muhurat from the workshop at Khanderao Char Rasta. With Bhajans, sound of Shehnai and chants of Ganpati Bappa Morya the lord arrived in a ‘Palkhi’ inside the Rajmahal to bless the royal family and the visiting people.

During Sayajirao Gaekwad rule lord Ganesha arrived on special decorated elephants and horses. But now the Lord arrived on traditional ‘Palkhi’ used for years. Earlier the idol was installed inside Indumati palace but with changing times Ganesha is now installed inside Darbar hall at Laxmivilas palace.

On Ganesh Chaturthi the royal family took out the procession of lord from the workshop of Chavan family to Rajmahal and installed the lord in totally traditional way.