Top
Home > Business > Long queues outside the banks in Vadodara

Long queues outside the banks in Vadodara 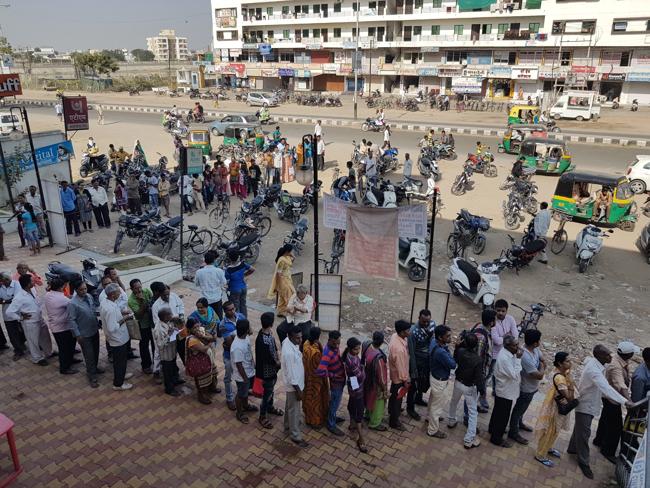 On Thursday people make beeline in front of the banks to change their old currency which was banned by the Indian government from Tuesday midnight. People reached the bank branches from 7 am in the morning and wait outside as the nationalized banks opened late in the morning. However there was less rush seen outside cooperative banks. After the declaration to ban 500 and 1000 rupees notes the banks were closed on Wednesday. On Thursday people reached before the bank employees and wait outside for the banks to open. Big lines were seen outside every nationalized banks as people reached there to change their old currency and took the new one from there. The banks also make special counters to handle the rush of people. To check the rush of people and avoid any untoward incident police is standby outside the banks. As the lines were seen outside nationalized banks there was less people seen outside cooperative banks. The people were seen outside the banks on the roads as the lines extend after every minute.