Put up banners in their areas

Locals of Hujrat Paga and Khodiyarnagar areas in Vadodara threaten to boycott the elections in view of not getting the basic amenities from either of the political parties. They shouted slogans against members of both the parties after they reached there as part of campaigning.

A local resident from Hujrat Paga Fatehpura Bawchavad Avnika Chaudhari said for the last six months they are getting polluted water in the area and eight children died after consuming the same water.  They approached the local councillor about the problem many times but the issue is still unresolved. They threaten to boycott elections if the issue is still the same. 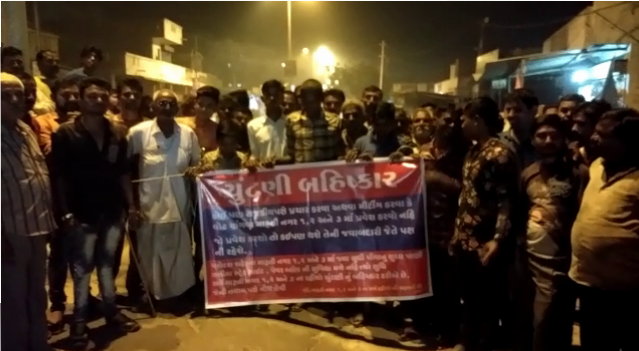 In Khodiyarnagar area the residents of Marutinagar 1,2 and 3 are not getting the facilities of street lights and drinking water for the last one year.  After numerous representations to the local councillor threatening issue is still the same and with no options left they decide to boycott the elections and put up banners in their areas.