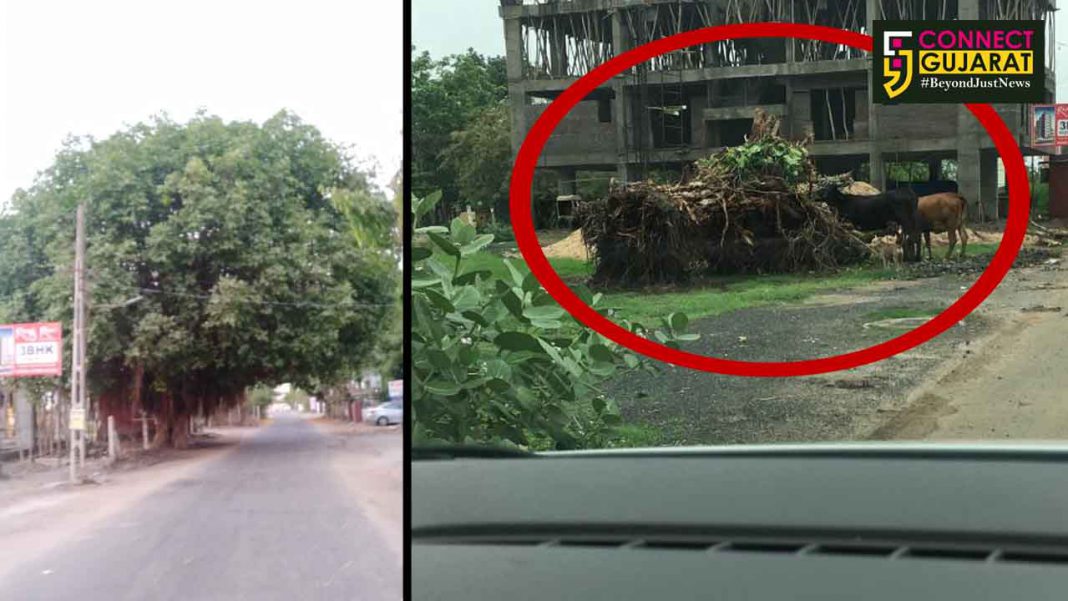 Local opposed and protest the move

The cities are turning into concrete jungles and losing the green vegetation which leads to serious environmental issues. The construction companies are not caring about the issues and cutting down trees in the name of development without worrying about the environmental effects and consequences.

A similar incident got noticed in Vadodara where a builder cut down a 90 years old Banyan tree for his construction site. The builder of Rang Raas construction site in the lane of Gotri police station cuts the tree and was heavily opposed by the local residents.

As per details the huge Banyan tree was just near the construction site and the builder cut it down as it was an obstacle, hiding the area. The builder started trimming the tree and later cut it down fully for his site. The locals were shocked to see the tree was cut to size and protest.

Member of Nature Walk Group Hitarth Pandya said the tree was around 90 years old and is the identity of the city. But many of such trees are cut down to give place to concrete jungles and in the name of development. One of the option is to translocate the tree to some other place but the builder did not took it into notice and cut it down. Earlier a tree was tranclocated from Bombay shopping center to a place behind the railways station.