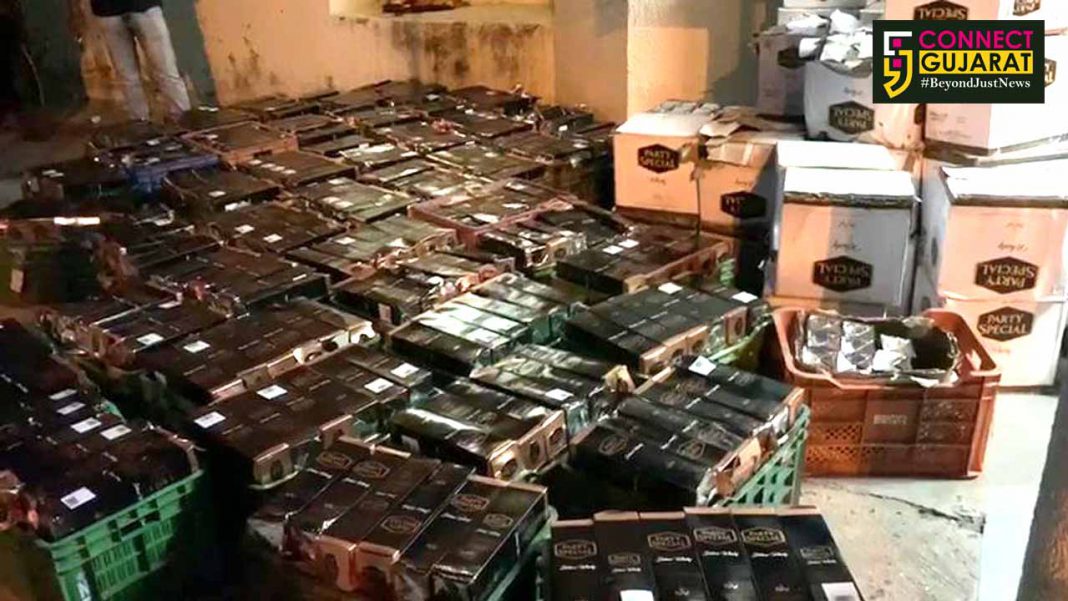 State vigilance team caught IMFL from a fruit and vegetables carrying truck on NH8 near Vadodara. The liquor bottles was hidden between the vegetables crates in the the truck coming from Rajasthan. 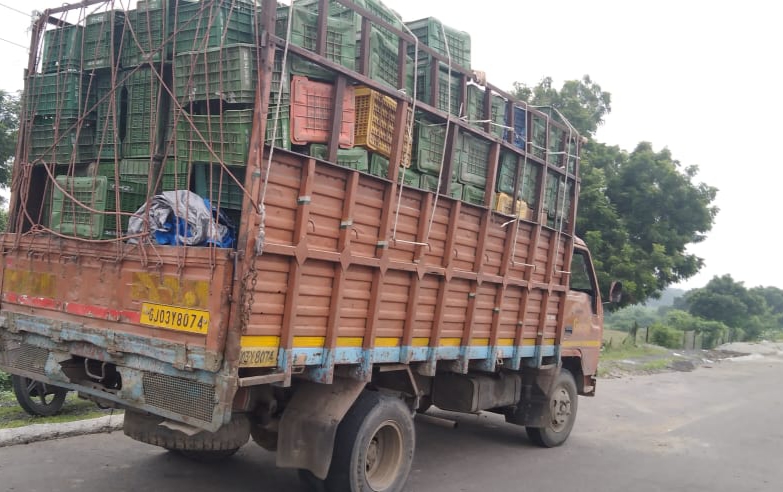 State vigilance received the information about the truck heading towards GSFC from Dumad crossing. The team intercepted the truck and after checking found 255 boxes of IMFL from inside the vegetables crates. The team arrested the driver Suresh Purabia and Shankarlal Dangi under prohibition.

While checking the team found 2998 bottles worth 11.99 lakhs, mobiles, crates, cash from the tempo and sized everything for investigation. During primary investigation it was revealed that the consignment was of Bhagwanlal Dangi from Udaipur and to deliver in Vadodara. Police is investigating about the person about to accept the IMFL consignment here.