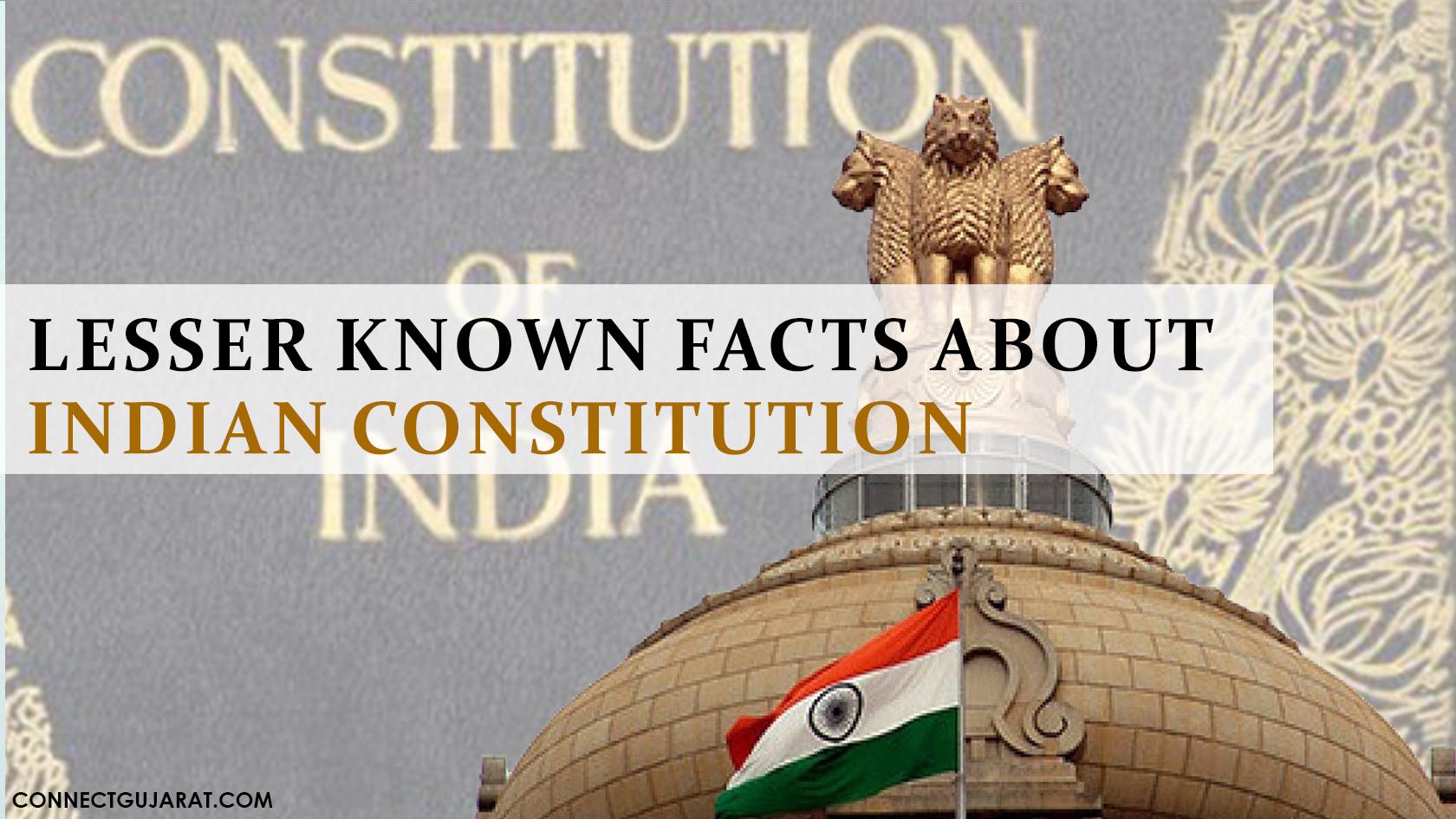 The Indian Constitution is the reason why India has emerged out to become one of the largest democracies in the world. The entire world looks at India with much awe as it is inspiring to see a nation that is filled with people who speak different languages, follow different religions and yet they exist together without much chaos. The Constitution of India has a larger role to play here as it made sure that everyone was treated equally in the country despite their background. These are some of the lesser-known facts about Indian Constitution.

The government of India Act was framed by the British to govern the people of India. This never included all the sections of the society. So, after the country attained Independence in the year 1947, the Indian leaders sat down together and framed a Constitution of their own country by themselves. An idea of a constitution never existed in the minds of Indian leaders before the British people started introducing one in India as we followed more of a monarchy rule.

The Indian Constitution has taken inspirations from various countries of the world like Britain, France,etc.,The constitutions of great economies inspire the Pledge, the style of dividing into various articles.

It took more than 2 years to frame and announce officially

The Constitution was not formed in a day or two. This gives us more reasons as to why Indian Constitution is revered all over the world. The representatives of various states and Union Territories, as well as representatives of the minority civilians, were a part of the framing. This is because the constitution should be framed in such a manner that the interests of all the people who reside in the country are taken into consideration.

The Constitution of India was originally handwritten,and it was signed by all those who were present in the venue. The head of the Committee was Dr.Rajendra Prasad,and the head of the drafting committee was Dr. BR Ambedkar. The original copy is kept at the library of Parliament of India in a helium-filled box.