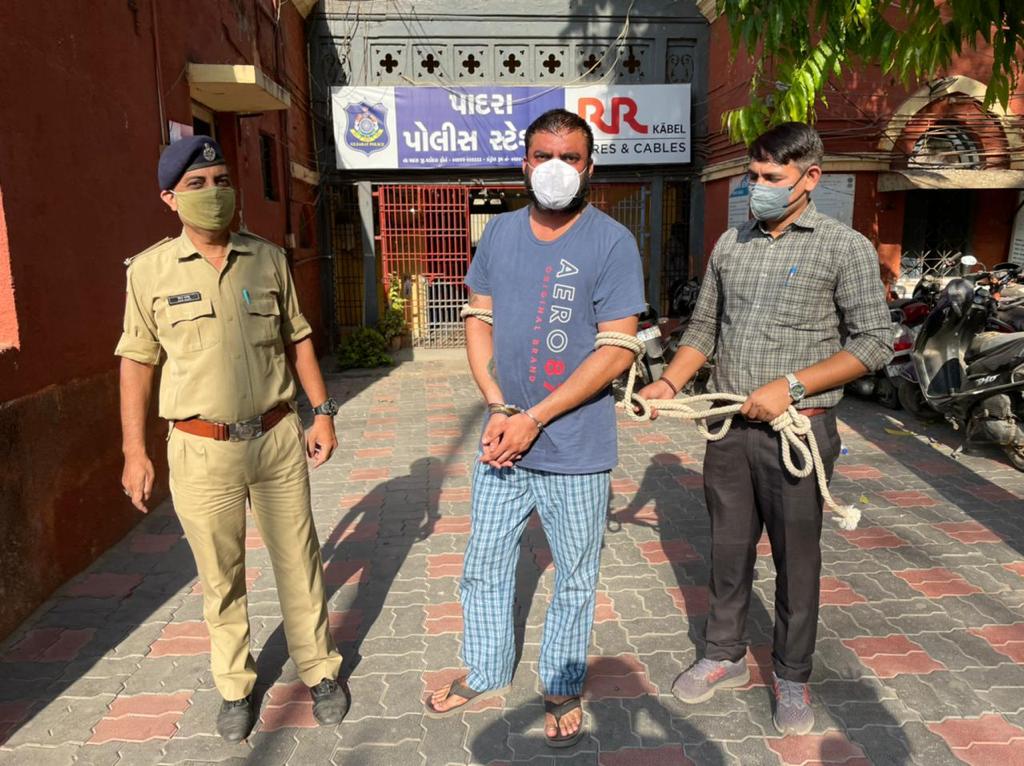 Local Crime Branch Vadodara rural arrest the rape accused involved in crime at Sokhadakhurd village comes in the jurisdiction of Padra police station. The team arrest the accused from Jaipur and further investigation is on in the matter.

The accused Bhavesh Alias Lalo Chandrakant Patel raped the girl in his car under the pretext of dropped her home. Based on the girl's complaint, the police have registered a case against the accused under sections including rape and assault.

However the accused fled from there and police launched a manhunt to arrest the notorious criminal and known bootlegger. Many offence of prohibition and others are registered against him in the past. The investigation was handover to LCB and formed different team to arrest the accused.

Questioning his associates and with the help from informers the police get to know that the accused fled from Gujarat and hence the teams were dispatched to Mumbai and Jaipur. The team soon get the information and arrest the accused from Jaipur and brought to LCB office for remand procedure.

The team also in process for his medical check up and collect scientific and other evidence. The accused fled to Jaipur so the team is further investigating about the vehicle be used, who helped him and also to seize the vehicle used in the crime.