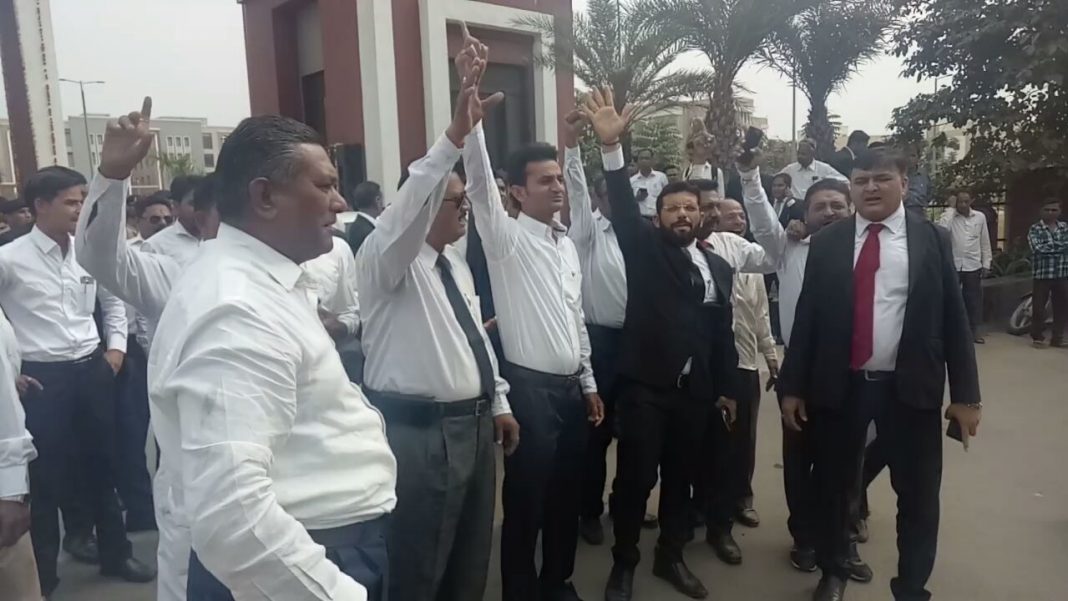 It’s a eventful start for the new court as the protesting lawyers ransack the furniture Inside the court premises pressing their demand of ample sitting arrangements for them. There was verbal altercations between the lawyers and police Inside as they protest their presence in their matter.

The lawyers protest turned violent as they broke furniture and other things inside the court. The lawyers also went into heated verbal altercations with the police present inside and shouted slogans against them. In the whole incident the people having their dates on Monday suffers the most as they don’t have any idea what to do in such a situation.

In view of the tense situation extra police forces were deployed to maintain peace inside the court premises. Senior police officials also reached the premises to review the security arrangements and said the deployment will be there till the issue get resolved.