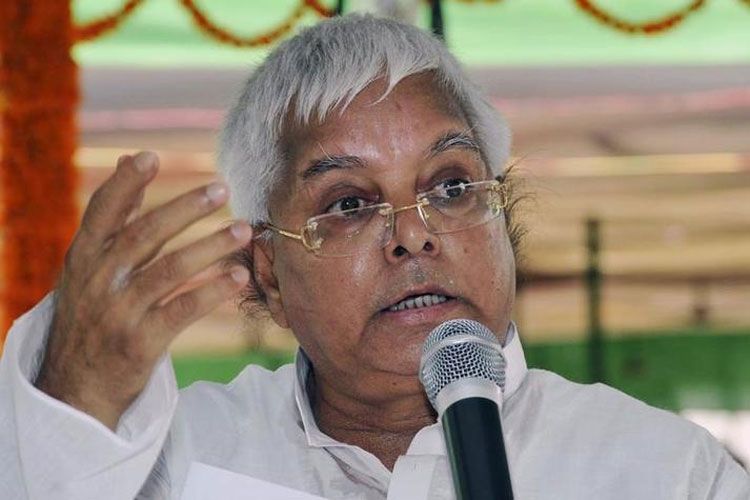 RJD chief Lalu Prasad on Friday attacked Prime Minister Narendra Modi by saying that if he is the adopted son of Uttar Pradesh, he should reveal who is his father.

“Agar PM Modi UP ke daattak putra hai, to pita kaun hai? (If Prime Minister Modi is the adopted son of UP, then who is the father?)” Lalu taunted Modi while speaking to media here.

The Rashtriya Janata Dal chief reiterated that the Bharatiya Janata Party will be wiped out after assembly polls in Uttar Pradesh and its climb down will start for 2019 general elections. “UP mein assembly chunao ke baad BJP ka safaya ho jayega.”

Lalu said that after Bihar polls, the BJP will be defeated in Uttar Pradesh, which is like the big brother of Bihar. “First, we have defeated BJP in Bihar, now SP-Congreess alliance will defeat it in Uttar Pradesh.”

Lalu said BJP leaders have realised that there is no Modi wave in the ongoing assembly polls in Uttar Pradesh and they will taste a defeat similar to Bihar.

He said the BJP will similarly be defeated in Punjab, Goa and Uttarakhand.

“People of the country have identified BJP and Modi. They understood their design and agenda to fool them,” Lalu said.