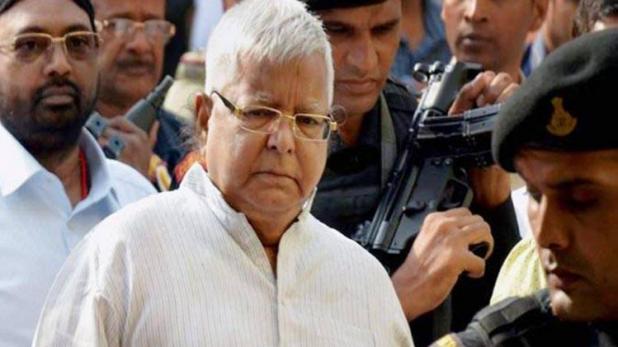 RJD President and former Bihar Chief Minister Lalu Yadav has been given the highest punishment in this case so far. Ranchi's special CBI court sentenced him to 14 years in jail. He has also been fined Rs 60 lakhs.

Judge Shivpal Singh, has pronounced this sentence in a case of extortion of Rs 3.13 crore from Dumka Treasury from December 1995 to January 1996.

Imprisonment of 7 years each has been given under IPC & Prevention of Corruption Act, both to run concurrently. Total fine will be Rs. 60 lakh. Sentence of previous case to also run concurrently: Prabhat Kumar, Lalu Yadav's lawyer on sentence in Dumka treasury case

The court found Lalu guilty under section 120B, 409, 420, 467, 468, 471, 477A of the Indian Penal Code related to the criminal conspiracy, embezzlement, forgery, hiding evidence etc., under the provisions of the Prevention of Corruption Prevention Act. There were five cases related to the fodder scam against Lalu Prasad in Ranchi.