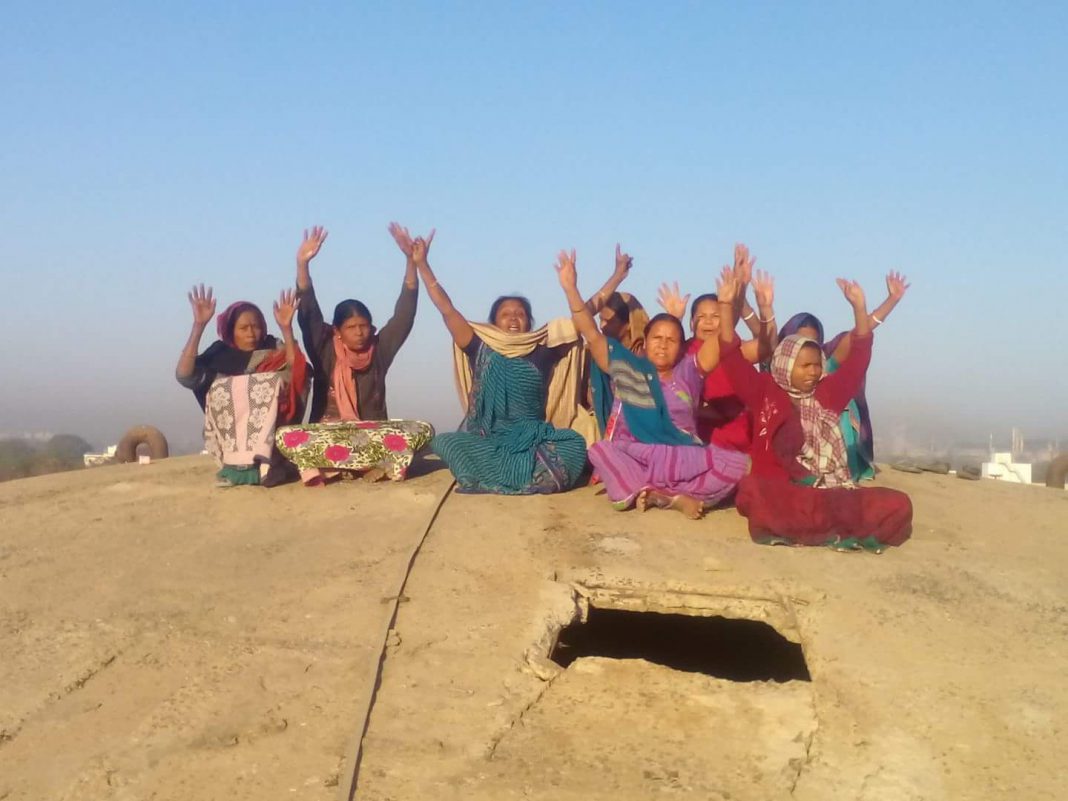 To marry Basanti (Hema Malini) Viru (Dharmendra) climbed on the water tank and asked her Mausi to marry her or else he jump. We all saw this famous scene from the epic film Sholay. A similar type of incident happened in Vadodara on Sunday but here the issue was different. The people were shocked to see the ladies climbed on the tank and protest at the top of it which also put their lives in danger. However later the police and fire brigade team talked and convinced them to get down. Later they were detained by the police and were taken to the Chaani police station.

According to the information VMC served notice to the 78 illegal houses in the area falls on the Rama Kaka to Chaani village road. The people living here are assigned houses in the Sayajipura area of the city. However the people living here are demanding houses at the same place. On Sunday the VMC was to underwent the demolition work but before that about eight to nine ladies climbed up the water tank and threatening to jumped down if their demands were not met. The ladies demand that the VMC provide them houses in the same place where they are living now. There is no basic facilities available in the area where the houses are given to them. If they get the facilities then they will move. And now the exams are coming so they will not vacate the houses now.