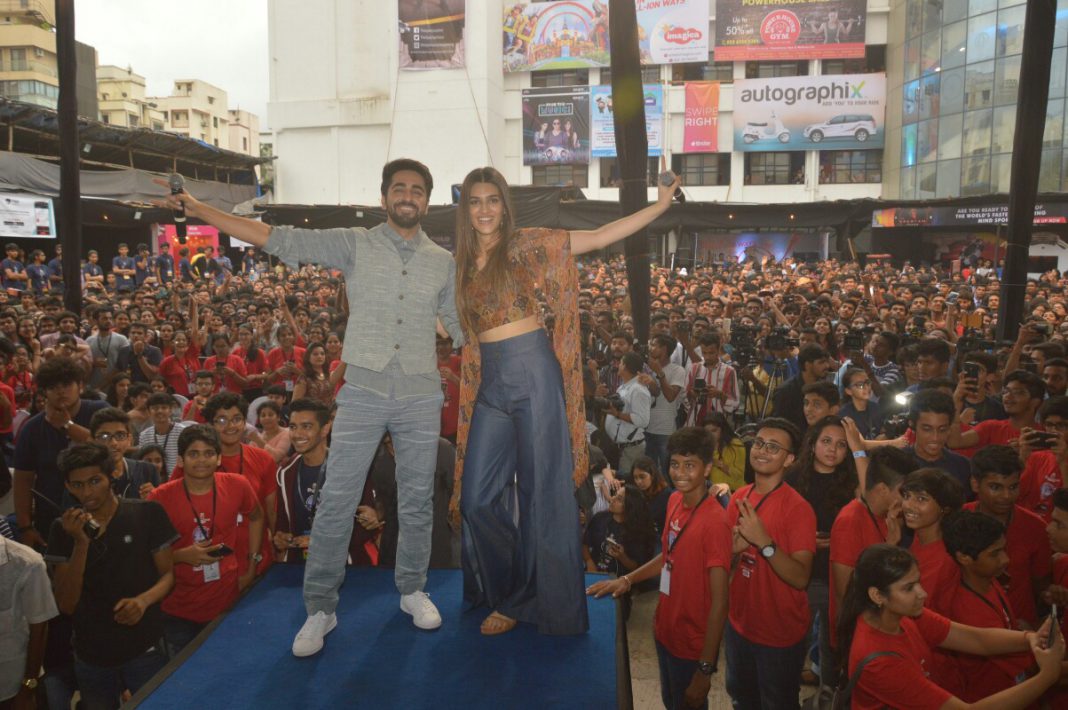 Team Bareilly Ki Barfi has been on a promotional spree. Kriti Sanon and Ayushmann Khurrana had recently attended the Umang Festival held at NM college to promote their film, Bareilly Ki Barfi.

A lot of students had amassed at the college auditorium to catch a glimpse of their favorite stars. There was no limitation to the happiness of students when they saw Kriti and Ayushmann. Both the stars thanked the students for welcoming them to their college fest.

Kriti Sanon and Ayushmann Khurrana both then had a light hearted interaction with the students. Some students got a chance to shake a leg with Kriti on a song from the film, while on the other hand, Ayushmann Khurrana sang Nazm Nazm for two girls and also danced with them.

The actors also clicked a group selfie with all the students present at the auditorium. The event ended on a good note with Ayushmann and Kriti thanking the students and wish them good luck in all their endeavors.

The film is written by Dangal’s writer director Nitesh Tiwari and Shreyas Jain.

Bareilly Ki Barfi is Ashiwny Iyer Tiwari’s second film as a director and the film has created a lot of right noise, and her direction has been praised by everyone.

Juno Chopra is the creative producer who has been involved with all aspects of the film.

Bareilly Ki Barfi is produced by Junglee Pictures and BR Studios. The film is slated for release on 18th August 2017.