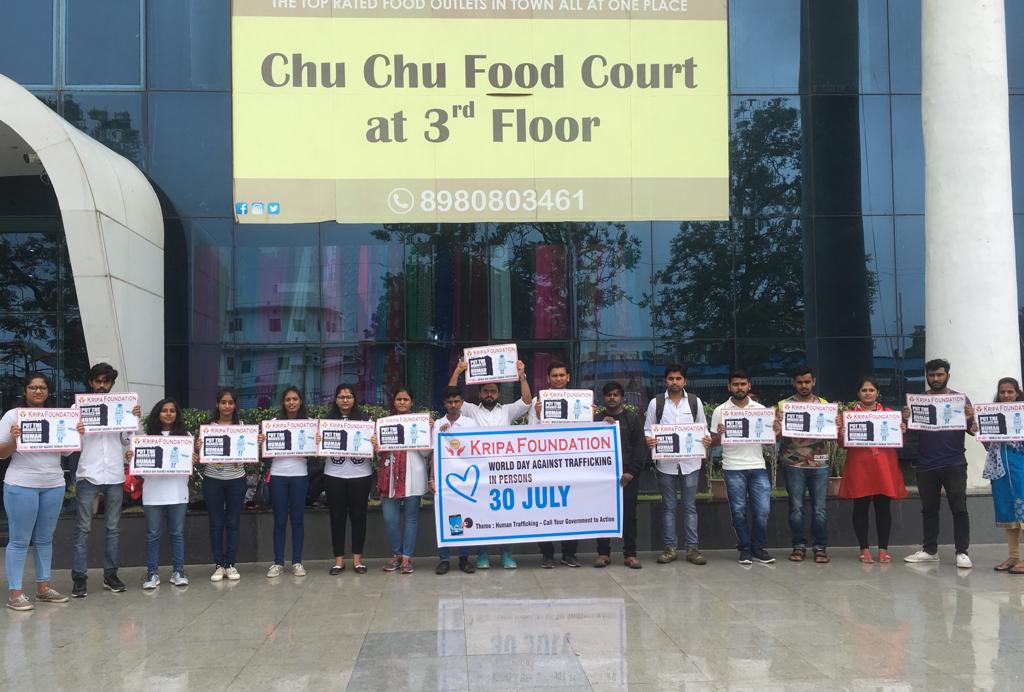 United Nations has declared to observe 30 July as “ World Day Against Human Trafficking” which is a alarming issue to address all across the world. The day is to raise awareness of the plight of the victims, promote and protect their rights. 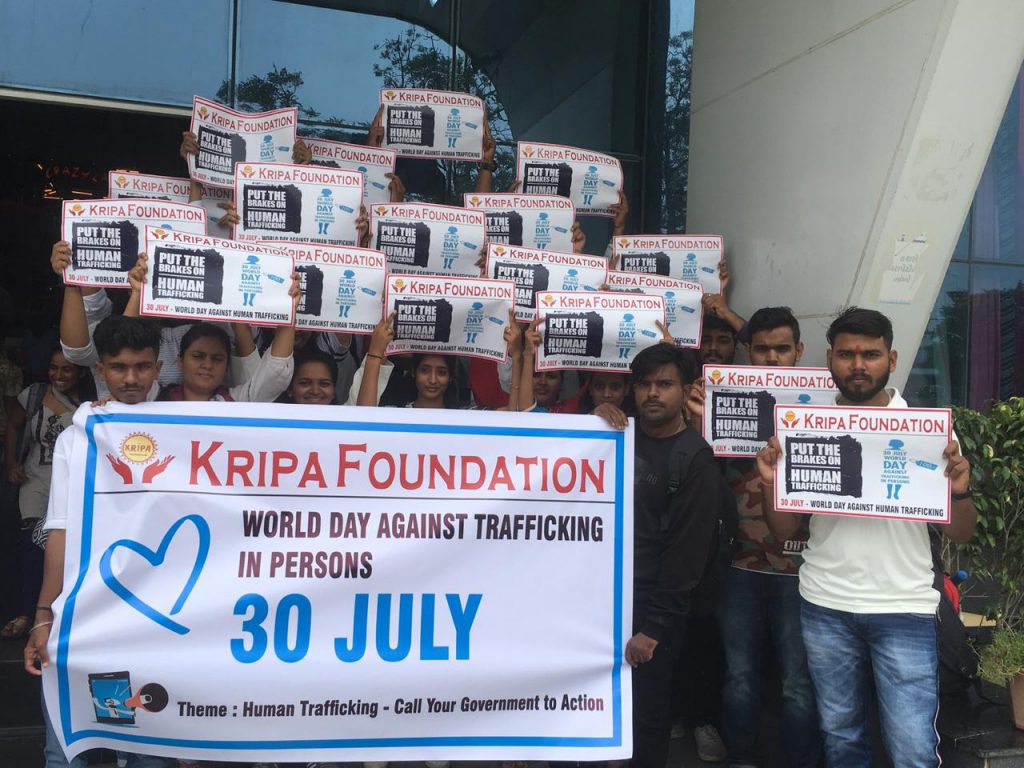 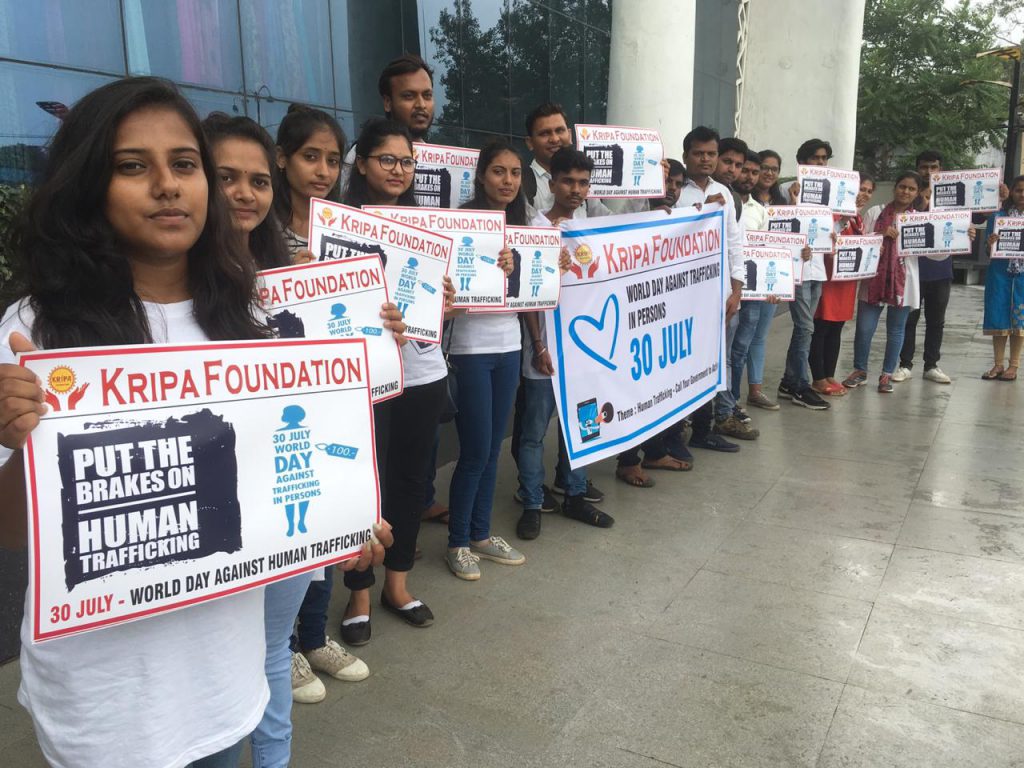 Kripa Foundation in Vadodara is working on de-addiction HIV and migrants since last 14 years in and around the city. To create awareness about prevention of the same, 40-50 volunteers from the Foundation has organized an awareness program at Vadodara Central Bus Stand through poster exhibition and creating a Human Chain.

The volunteers stand with posters and placards to spread the message to stop and put brakes on human trafficking. They also interact with the people to help stop the sexual exploitation and forced labour the two common form of human trafficking.