‘Koo’ app, a swadesi microblogging platform has been gaining ground as an alternative to  twitter since several Union Ministers  Ravi Shankar Prasad, Piyush Goyal and other government functionaries joining it.  This comes amid  the on going dispute between Government and Twitter over blocking of accounts and content related to the farmers’ protests. Koo app has […] 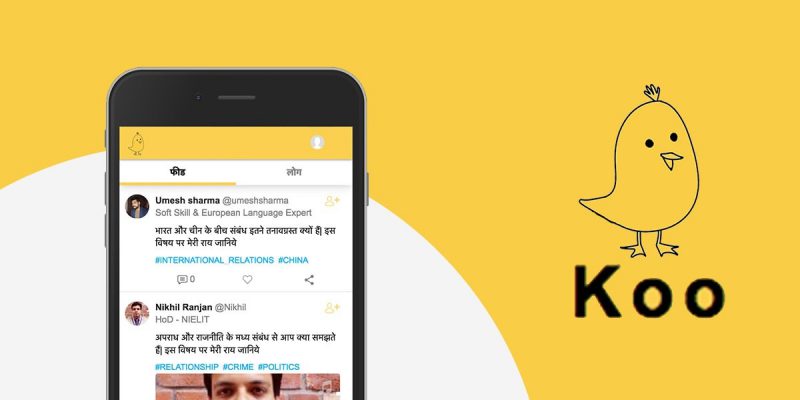 ‘Koo’ app, a swadesi microblogging platform has been gaining ground as an alternative to twitter since several Union Ministers Ravi Shankar Prasad, Piyush Goyal and other government functionaries joining it. This comes amid the on going dispute between Government and Twitter over blocking of accounts and content related to the farmers’ protests.

Koo app has also received praise by PM Modi on Mann Ki Baat last year where he encouraged Indians to use the app.It won the second prize in the AatmaNirbhar Bharat App Innovation Challenge in the social category. Since then the app has accumulated over a million subscribers.As mentioned on their website “koo App is the Voice of India in Indian Languages”.

Twitter has reportedly reached out to the Ministry of Electronics and Information Technology (MEITY) after the central government asked it on 4th February to remove more than 1,000 accounts for spreading false and misleading information related to ongoing farm protests.The content posted by several accounts which were found to be of Khalistani Supporters were provocative and created with an intention to ignite violence among the masses.Many accounts were also operated from Terror Land Pakistan with a sole aim of creating anarchy and disturbance in India.

On 1st February, 257 accounts were blocked as per legal demand from the Ministry of Electronics and Information Technology.They were subsequently unblocked by Twitter within 4 hours, which pushed back against the blocking in discussions with the government at a meeting on 1st February.

The controversy further tensed when Twitter CEO Jack Dorsey liked tweets praising Rihanna for her stand on farmers protest in India. Twitter is also being accused of having bias against right-wing voices on the platform, including allegations that it is had suspended accounts espousing right-wing views in India without any reasons.

Angered by the unblocking of the accounts, the Union Electronics and IT Ministry issued strict instructions to Twitter to obey Government orders failing to which can attract legal action with heavy financial penalty and also seven years jail term for Senior Twitter India officials.

Twitter finally obeys the directives and removes 97% accounts flagged by Government of India.Of the 1,435 flagged accounts, 1,398 have been blocked by Twitter.

Ministers and Personalities have joined the App

As per report from Outlook India proposed definition of “Digital Colonisation” is where the standards, the technologies and the trade structures supporting the monopoly to technology, are controlled by the west, perpetrating disproportionate extraction of economic benefits from the rest of the world.

Koo is developed by Indian company Bombinate Technologies Private Limited with Aprameya Radhakrishna and Mayank Bidawatka as its Co-Founders.

What you can do on Koo India:

While the the layout and design of the app resembles Twitter to a large extent, the app allows cross posting, where users can directly share posts on Facebook and WhatsApp.

Its mentioned on their website that “ Just 10% of India speaks English. Almost 1 billion people in India don’t know English. Instead they speak one of India’s 100s of languages. They are now getting access to smartphones and would love an internet in their language. However, majority of the internet has been in English. Koo is an attempt to make the voice of these Indians heard. They can now participate on the internet in their mother tongue by listening to the views of some of the sharpest Indian minds and also speak their mind by sharing their thoughts.”

It high time India needs to invest more,create and promote its own Operating System for PC and Mobile Devices,App Play-Store, Search Engine,Social Media apps etc.It needs to develop a robust digital ecosystem so that Tech Entrepreneurs can thrive and create world class products to end the hegemony of the western global tech giants.

Koo app is a step in right direction where India weighs options to counterbalance global tech giants with Made in India Platform.It truly gives an impetus to Atmanirbhar Bharat envisioned by Prime Minister Modi.