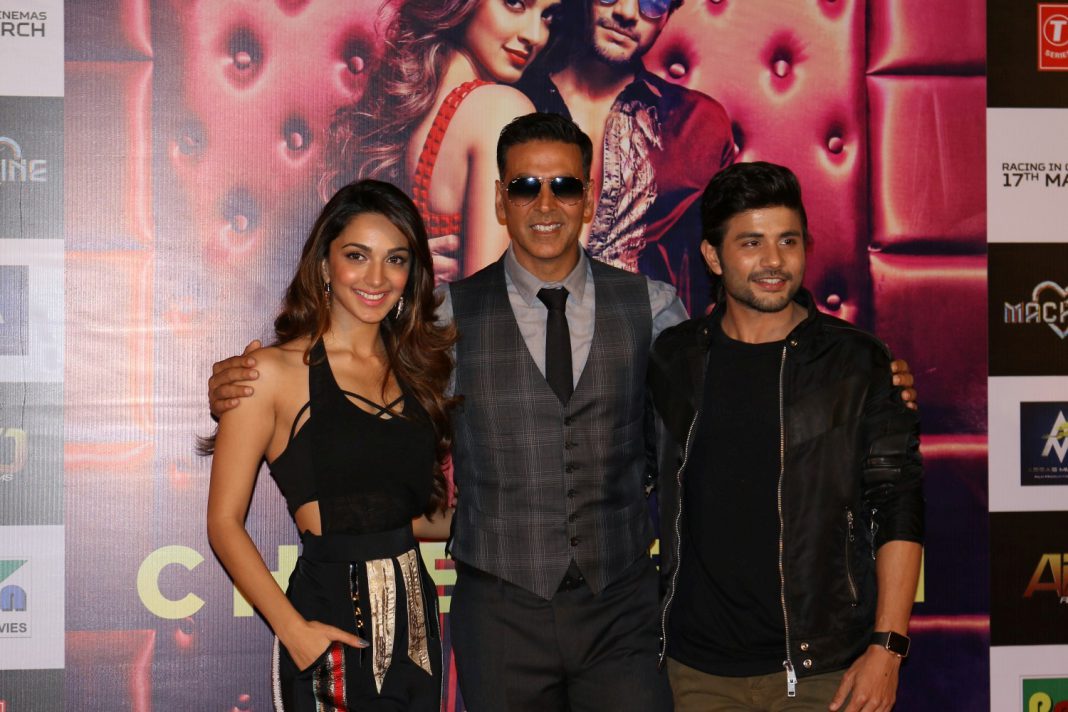 Actor Akshay Kumar recently sported at launch of song ‘Cheez Badi’ from upcoming movie machine. The Song is the remake of akshay and raveena from the movie Mohra ‘tu cheez badi he mast mast’. In one event Akshay said “His wife Twinkle khanna always is his ‘Mast-Mast’ girl”. In this event star cast of movie and crew also appear. In lead role of movie machine is Mustafa Burmawala as Ransh and Kiara Advani as sarah. When akshay was asked about the experience of working with Raveena in Mohra, he said Mohra is 22 years old film… how can i remember all things? however working with Raveena is matter of honor. We have worked together in many of films and “Tip-Tip Barsa Pani” is still one of the my favorite song.