Qualified for Nationals to be held in New Delhi

Two teams from the Vadodara city won the Regional Round of World Robotics Olympiad at Bhopal in the Elementary and Junior High Categories. They are now qualified for the Nationals to be held at New Delhi on 7-8th September. 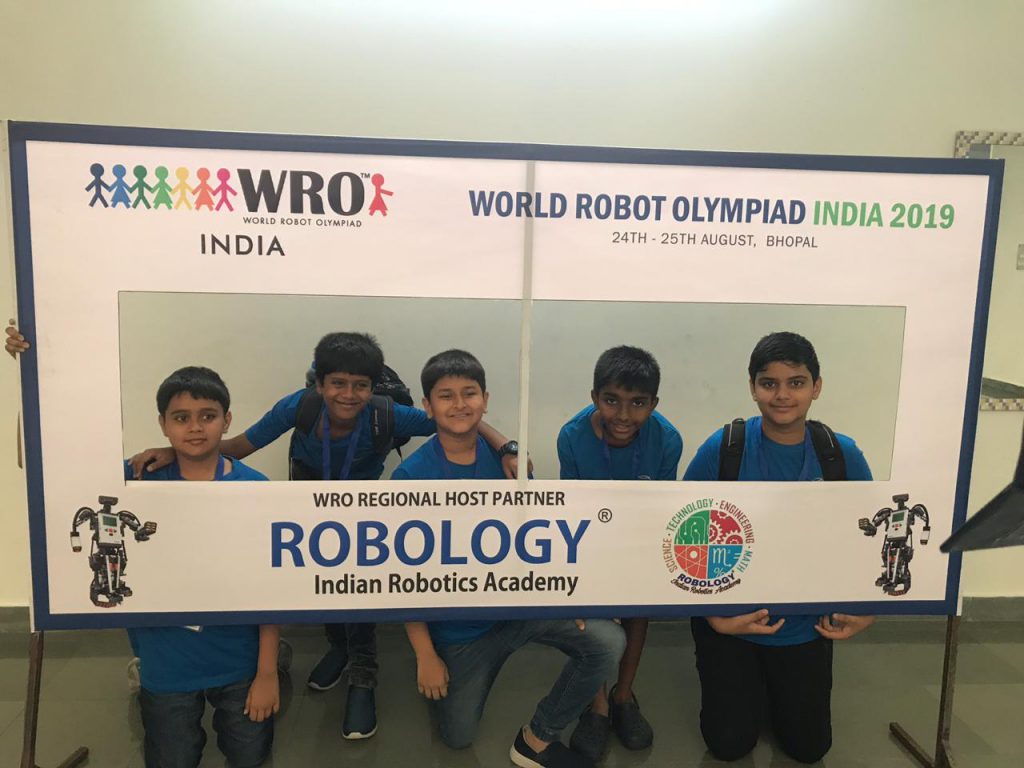 Both teams had gone to China representing India at the International Level in the recently concluded World Adolescent Robotics Contest (WARC) in their respective Categories and had won top accolades.

World Robotics Olympiad is an annual Robotics Competition held across 60 countries with the teams go through regional and national contests in each country. The winning teams finally representing their country at international contest with this year’s international finals to be held at Hungary in November, 2019.

The task for these robotics wizards this year was to design and build a robot to complete a given task on the theme “Smart Cities” with full accuracy in the shortest possible time with new surprise tasks in each rounds. It involves designing, building including electromechanical elements and then complex programming for task accuracy.

The teams will now be competing in the National Finals to be held in New Delhi with teams from all over the country and try to win the top honour of representing India at International Level.