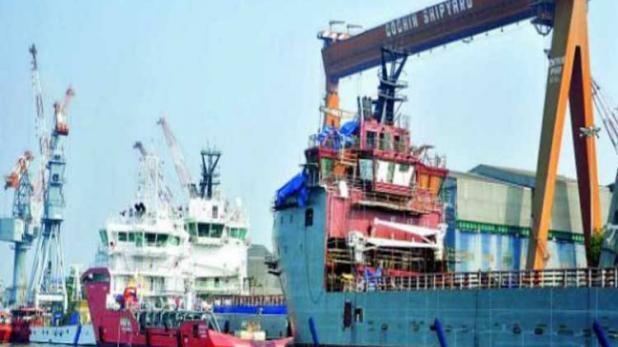 There has been a blast on Tuesday afternoon in Cochin Shipyard of Kerala. The blast happened in the water tank of the ONGC container. Five people have died in this blast. 13 people were reportedly injured in this accident.

So far, the exact cause of the blast could not be ascertained. It is being told that there was a explosion in the water tanker of a container, which led to the fire. This blast happened in the Sagar Bhushan Tank.

The injured have been admitted to a medical hospital. The container that was blasted was ONGC's drill ship. It was undergoing repair here. A team of police and fire brigade has reached the spot.