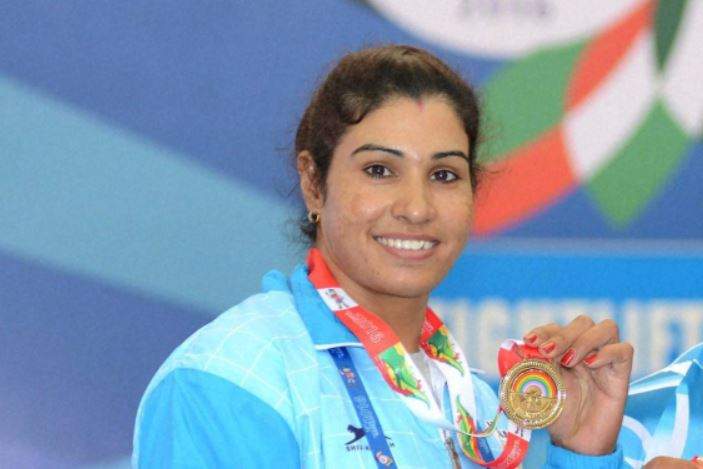 India has its own woman representation in the form of Kavita Devi who is the first Indian Female Wrestler to fight in the WWE. Her first match with Dakota Kai (New Zealand) was already viewed three million times after uploaded on YouTube.

From Tiger Jeet Singh to Great Khali and the reigning champion Jinder Mahal India has its own share of wrestlers in the roaster. Now the arrival of Kavita Devi the first woman wrestler from the country once again proves that the country can capable of producing great international wrestlers.

Kavita Devi’s real name is Kavita Dalal and she make history after appearing in the WWE. The 34 Year Old Wrestler is the former Indian Power Lifter and South Asian Games Gold Medal Winner in 75 kg Category.

Kavita Devi is married with Gaurav Dalal in 2009. Her Husband is SSB constable in Indian Police. In an interview with Media after the match, she got candid about her life in Haryana, her choice of outfit and her experience at the WWE.

“I have been a powerlifter and I have to travelled other countries for competitions which helps me to learn and understand different cultures. It was difficult to adjust to the dresses and costumes wear by the girls in professional wrestling. I was hesitant in wearing something like that as I want o wear something which represents my country and culture. That is the reason I wear Salwar-kurta instead of the usual costume and show the world that costume cannot stop Indian women from performing at world stage,” said Devi.

She said she was a big fan and used to watch WWE on TV. She remember watching all the fights of wrestlers like The Undertaker and female wrestlers like Chyna. In fact, when The Great Khali entered wrestling she used to wish she could somehow emulate him. Like he was the first Indian man to win a world title, she wanted to be the first woman. But that was just a dream.

Never had she thought that one day, she would be competing in the same ring as these legends.

There were quite a lot of people who used to question her and family’s decision of competing in sports, and a sport like powerlifting. Villagers used to tell her father, ladki ko akela baahar mat bhejo aise, shaadi kara do iski. She said fortunately, she get the support of her brothe who shielded her from all such things. She used to tell her, Kavita, tum game par dhyaan do, leave these people to me.