Karti taken to Mumbai for questioning in INX media case 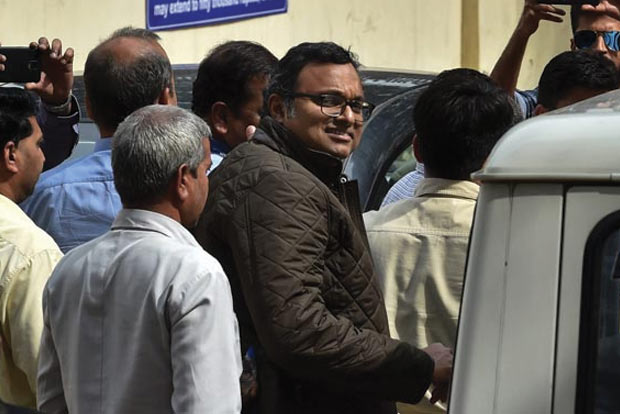 According to the sources Karti left for Mumbai at 8 a.m., in an Air India flight.

Karti allegedly received Rs 3.5 crore from the Mumbai-based INX Media, now known as 9X Media, for helping it get Foreign Investment Promotion Board (FIPB) clearance in 2007, when it was run by Peter and Indrani Mukerjea, both accused in the Sheena Bora murder case.

Indrani Mukherjea, an accused in the case, had told a magistrate that Karti had met her in a Delhi hotel and demanded $1 million in bribe for the FIPB clearance.

According to officials he would be confronted with the Mukherjeas, who are currently lodged in a Mumbai jail.

A CBI court on March 1 had sent Karti Chidambaram to five day custody till March 6.

He was arrested on Wednesday from the Chennai airport soon after he landed from London.