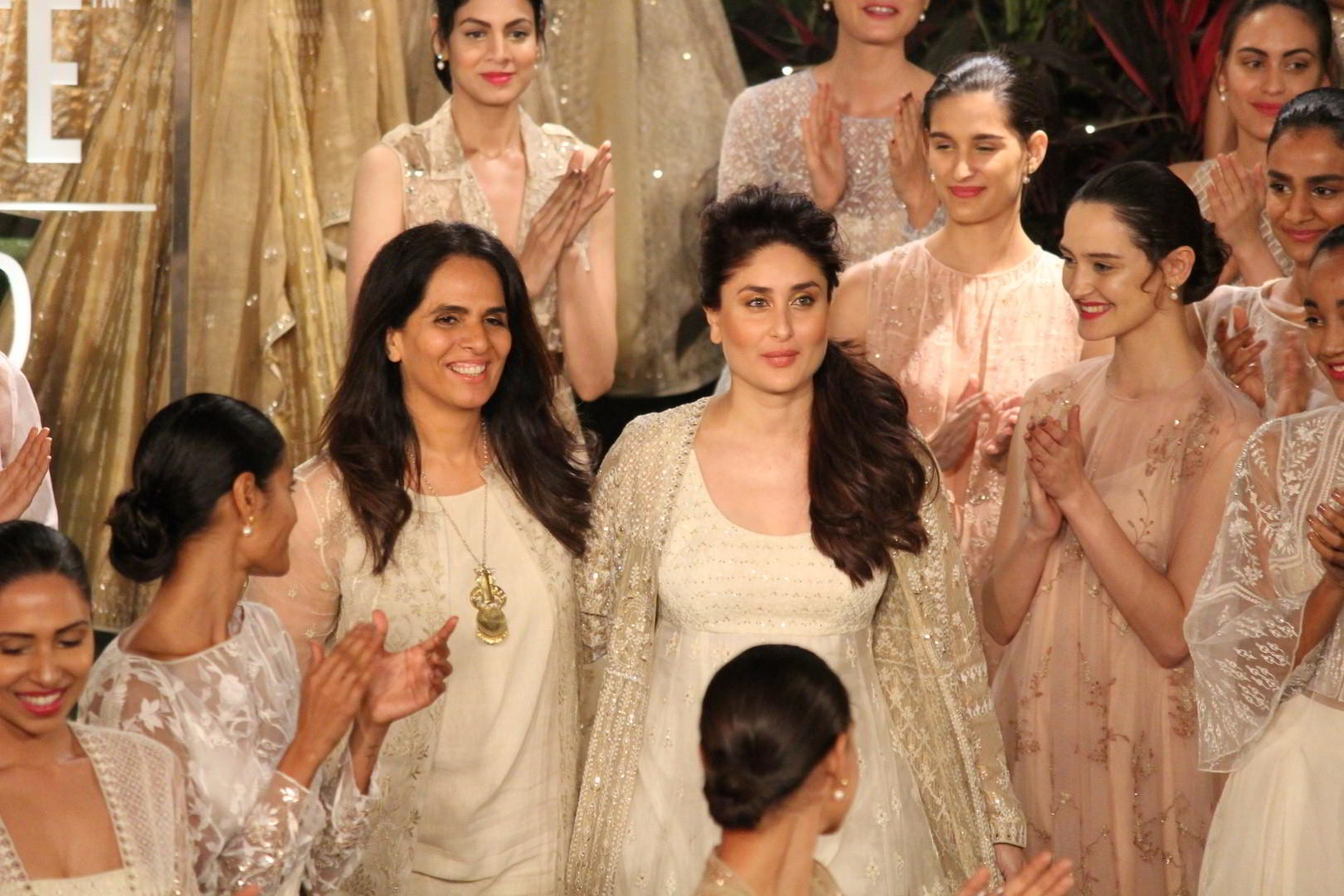 Actress Kareena Kapoor Khan, who was the showstopper for Anita Dongre, looked stunning in a beautiful gold and white ensemble created by the ace designer as she provided a memorable grand finale of the Lakme Fashion Week (LFW) Summer/Resort 2017 on Sunday.

Held at the heritage structure of Bandra Fort - which served as a dramatic backdrop for the designer, who wrapped up the event with the grandeur it deserved.

Kareena, who is the the face of the Lakme Absolute, was seen walking the ramp after 46 days of giving birth to her first son Taimur Ali Khan. The 36-year-old actress made heads turn as she walked the runway in a long offwhite gown paired with a beautiful gold jacket with embellishments. Last year, Kareena flaunted her baby bump at the grand finale of the event's winter/festive season, where she walked for veteran designer Sabyasachi Mukherjee.

About bringing the curtains down this year, Kareena told IANS here: "It feels amazing. It's just been day 46 (post delivery) and it feels great. The idea is to do what I have been always loved to do, which is work. It is a part of my DNA, it's a part of me. It's never going to change." The actress also praised Dongre and added that the show, which was inspired by Lakme's theme 'Liquid Gold', is inspiring Indian women "to be independent, work and to be out there..."

The models sashayed down 60 ensembles on the runway on classics like "What a wondeful world" played by a live musical band. The designer showcased lehenga cholis, saris, long tunics, short dresses for women and sherwanis, kurta pyjama vest coats and jackets for men. The designer chose to stick with soft hues like off whites, ivories and gold with embellishment and intricate needle work.

"Our collection is designed in keeping with LakmA¿ 's theme. There'll be a glimpse of fluid silhouettes in glazed gold, reflecting the unique flora and fauna of a securely hidden oasis within the sun-kissed, glistening sands of Rajasthan," Dongre said about the collection.

The five-day fashion gala began on February 1 hosted over 90 designers including veterans like Tarun Tahiliani, Ritu Kumar,Payal Singhal, Falguni and Shane Peacock and many others showcasing their latest line at the event, which was held at the Reliance Jio Garden here.