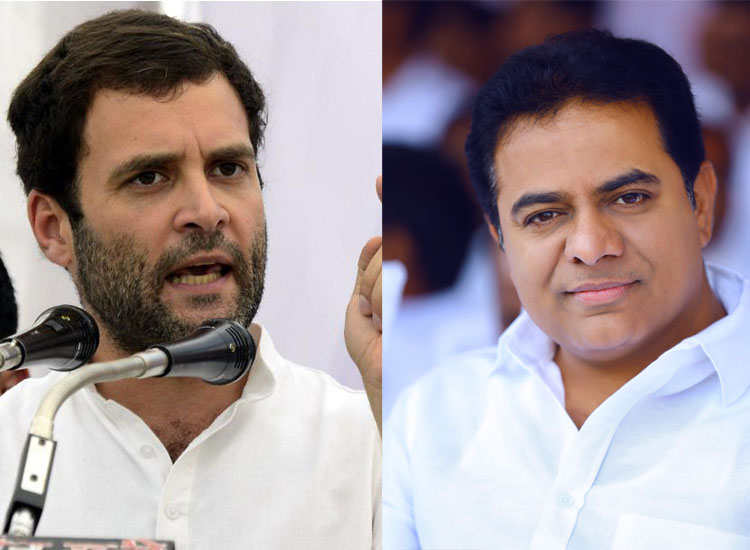 Rama Rao, son of Telangana Chief Minister Chandrashekhar Rao, couterattack on Rahul Gandhi during a program at Balnagar on Saturday. He said “Before talking about to win the Telangana Legislative Assembly elections, Rahul has to win four Assembly seats in his parliamentary constituency Amethi first.