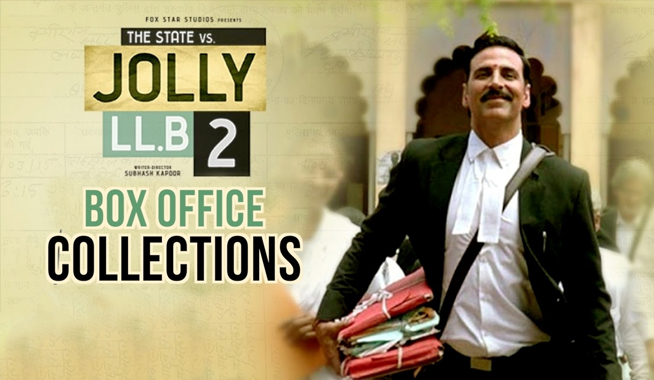 Actor Akshay Kumars courtroom drama film “Jolly LLB 2”, which is being loved by the audience for its satirical take on the judicial system in the country, has collected Rs 100.37 crore at the domestic box office.

Directed by Subhash Kapoor, the film released on February 10 and is a sequel of 2013 film “Jolly LLB”.

“We are thrilled and humbled with the response that ‘Jolly LLB 2′ has got from audiences. This is Fox Star Studios’ 100 crore hat-trick after ‘M.S. Dhoni: The Untold Story’ and ‘Ae Dil Hai Mushkil’,” Vijay Singh, CEO, Fox Star Studios, said in a statement.

“The success of ‘Jolly LLB 2′ shows the strength of the franchise that is being helmed by Akshay Kumar who has constantly chosen roles that he has made his own and has always reinvented himself for audiences to shower so much love on him.

“We are thankful to director Subhash Kapoor for his brilliant script which reinforces that audiences will embrace good content always,” Singh added.

The film features Akshay as lawyer Jagdishwar Mishra aka Jolly from Kanpur who practices law in Lucknow.