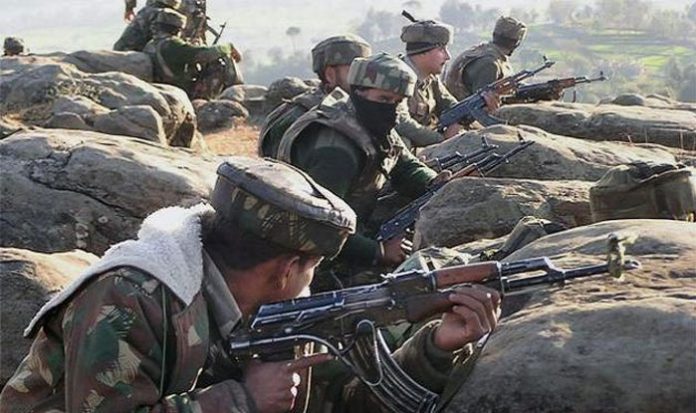 Two terrorists have been killed in the encounter with security forces in Tral Jammu and Kashmir today, where a fierce gun battle was underway since Saturday night.

Out of two terrorists killed in Tral encounter, one of them is a top Hizbul Mujahideen commander and the other is a Pakistani national

One policemen and three Army personnel including one officer were injured in the gunbattle.

On the basis of Information of the Special Investigation Team (SIT) the Army had launched a cordon and search in Tral at around 6.30 pm in Srinagar on Saturday.

The area was sealed and security forces zeroed in on the house where terrorists were holed up. The hiding terrorist opened fire on the forces, triggering an encounter.