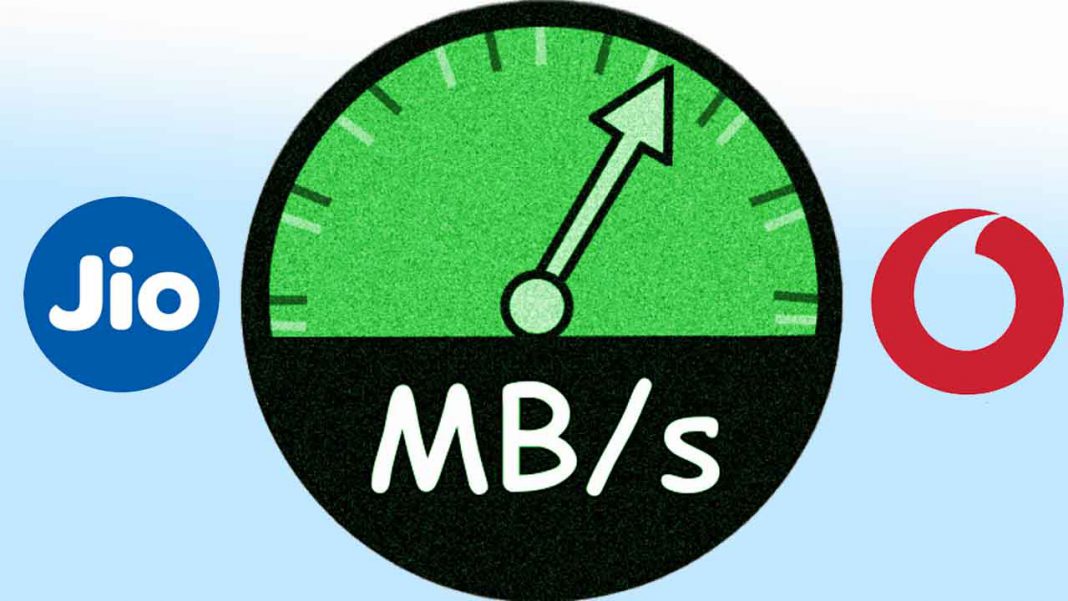 Reliance Jio emerged as fastest mobile network in March with an average download speed of 22.2 megabit per second. Vodafone led the chart in terms of upload speed as per Trai data.

Bharti Airtel trailed Jio with less than half of download speed at 9.3 mbps. Vodafone and Idea Cellular have merged their mobile business and Trai measured their network performances separately.

The network performance of Vodafone improved slightly to an average download speed of 7 mbps in March from 6.8 mbps at February end. While Idea recorded a marginal dip in download speed to  5.6 mbps.

Jio recorded average upload speed of 4.6 mbps and Airtel 3.6 mbps at the end of March. The download speed plays an important role when a user watches any video, browse the Internet, access emails. A good upload speed is required when a user wants to share data like images, videos and any other files through email or social media applications.

The average speed is computed by Trai based on the data it collects across India with the help of its MySpeed application on a real-time basis. According to Android Play store, the application has more than 1 million (10 lakh) downloads.