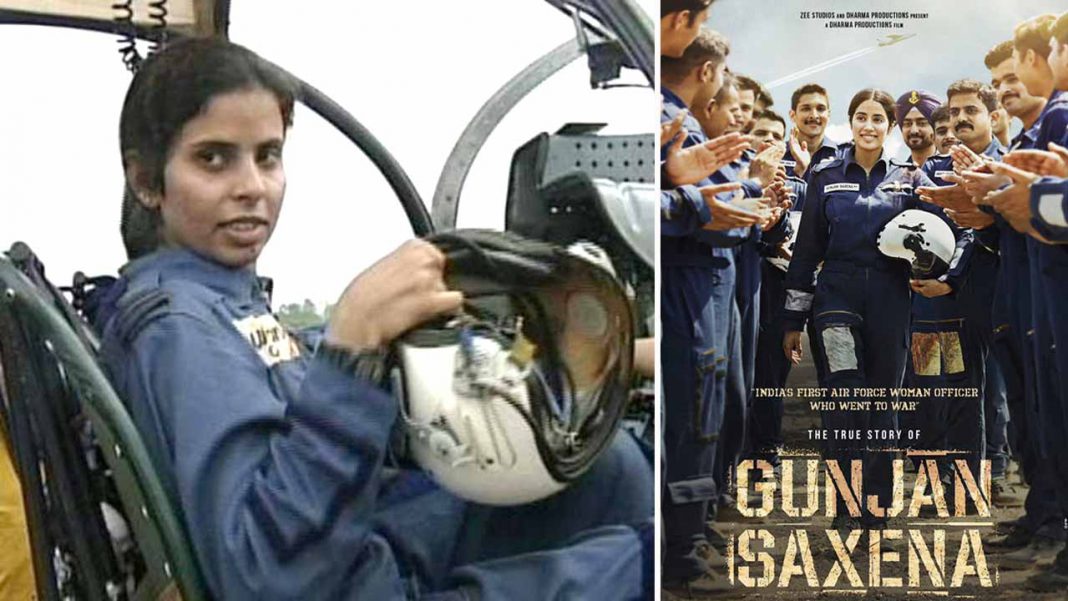 Gunjan Saxena was pursuing an undergraduate course at Hansraj College when she came across the golden opportunity of joining the very first batch of female IAF trainee pilots. A second generation defence officer, she was not out of sync with the challenges and opportunities that came with this life. Her father and brother were serving in the Indian Army at that time. The opportunity Gunjan got was an unprecedented and was very exciting for her. The defence forces were not only majorly dominated by male officers, lady officers in the IAF had also not yet been given the chance to fly as equals with their male counterparts. Gunjan decided that she had to grab this chance.

She cleared the entrance exam, the SSB, and the medical tests and joined the IAF as a pilot. Of course, lady officers weren’t then allowed to fly fighter jets (as they can now) but her batch had created history nonetheless. Back then, there were reservations about women pilots in the IAF. It was still unsure how they would cope with the mental and physical stress of flying, and of wars. These feisty young women needed just one chance to prove their mettle- a chance which arrived with the Kargil War in 1999.

“I could not wait to be called.” said Gunjan Saxena to Outlook India in an interview back in 2006. The more about her life and achievements will be covered by the Karan Johar produced film The “Kargil Girl” Starring Jhanvi Kappor in lead role.

The first look of Gunjan Saxena – The Kargil Girl, starring Janhvi Kapoor, is released by the makers on Thursday. This film is a biopic of Gunjan Saxena, the first female pilots to fly in combat.

Karan Johar, producer of the film, tweeted the first look with a caption: “With unabashed courage & bravery, she made her domain in a man’s world. Gunjan Saxena – #TheKargilGirl, releasing on 13th March, 2020.”