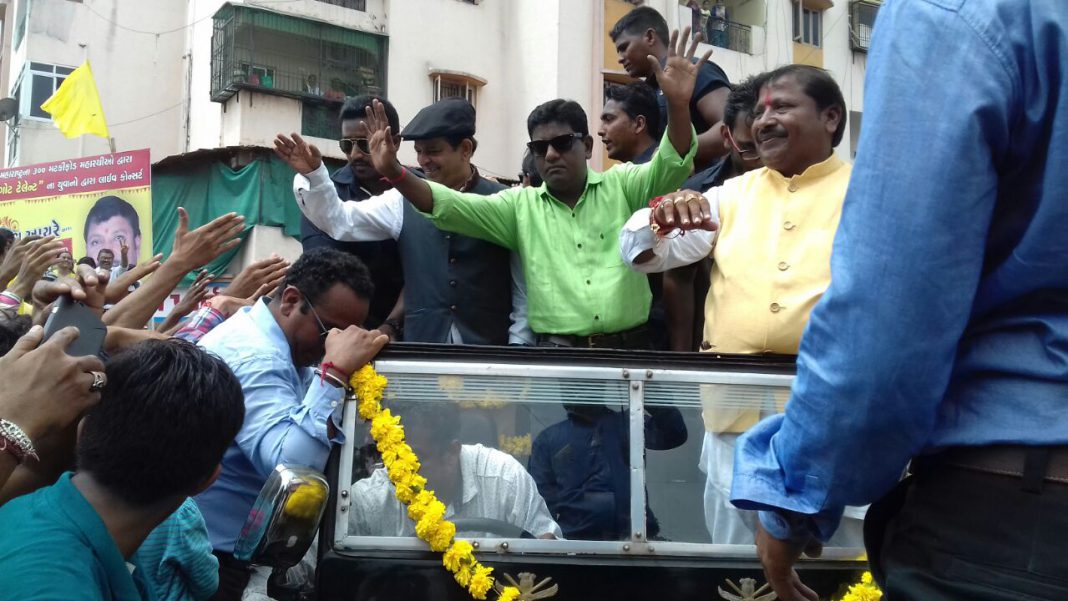 On Wednesday various programmes of ‘Matki Fod’ is organised in Vadodara city where the Tellywood stars also took part in the celebration. In one of such programme organised by the Municipal Councillor Rajesh Aiyre the stars of Tarak Mehta Ka Ulta Chashma fame Aiyer, Bako and Abdul enthralled the crowd. Tanuj alias Aiyer said on the occasion that Jethalal is there inside every men.

Jethalal in the popular tele serial is famous for his attraction towards Babita wife of Aiyer in the series. In the same such question Aiyer said that such type of things happens in serials and films and not in real life. But there is a Jethalal hiding inside in every man which is for sure.

Aiyer on his visit to Vadodara said that he already is aware about the culture of the city but never get a chance to visit here. Finally he got the chance and visits the city to witness the ‘Matki Fod’ and overwhelmed with the love of the people. The Councillor Rajesh Aiyre continues the tradition of organising Indian festivals which is a good thing. 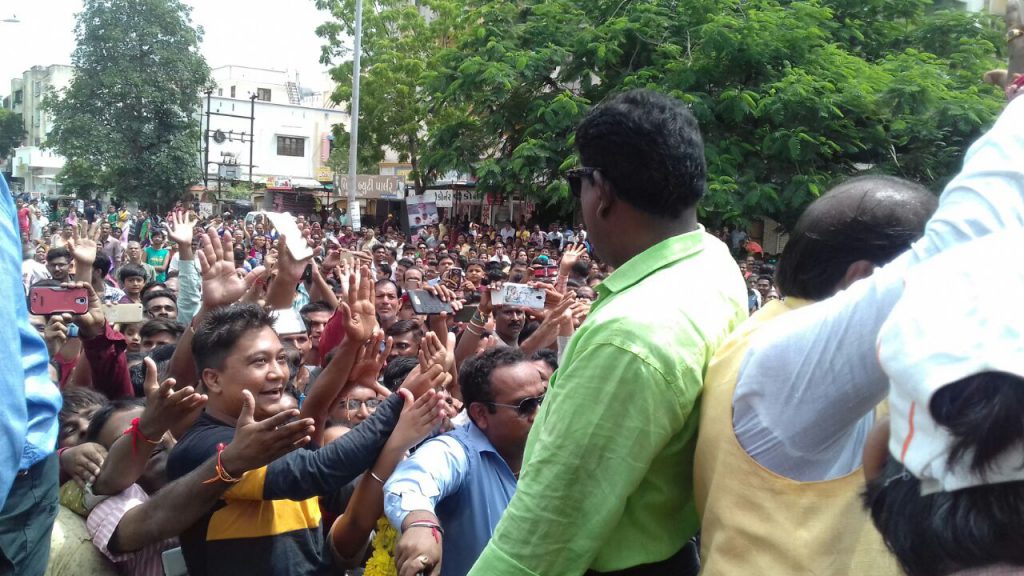 Abdul alias Sharad Sankla said that although he is playing the character of Abdul in the serial but he is an Indian first and before that a person. India is a country where people from every religion, caste and creed lives and their serial also spread the same message which is the reason to work in it. The serial taught him a lot.

Bako alias Kanti Joshi said that such a serial is hardly ever made as it gives message along with the entertainment to the people. He enthralled the people with his catch phrase ‘Bhai Bhai’ from the stage.

Ward 8 Councillor representing RSP Rajesh Aiyre said that on the second day of Krishna Janmotsav they organised Matki Fod in various areas of the city where the Govinda’s specially come from Maharashtra. We want to maintain the cultural identity of the city and that is the reason we started the programmes in the city. Every year people from other areas invited them for organising Matki Fod programmes.

The programme is scheduled to be organise in nine different places where 300 Govinda’s from Maharashtra specially came to the city. The Tellywood stars add the flavour in the programmes this year. The first programme was organised in Chhani TP 13 Ding Dong Chowkdi where big numbers of people turned up to witness the event. The event later on organised at Nizampura, Sama, Fatehgunj, Navayard, Karodiya, Gorwa, Gotri and Ellora Park areas.