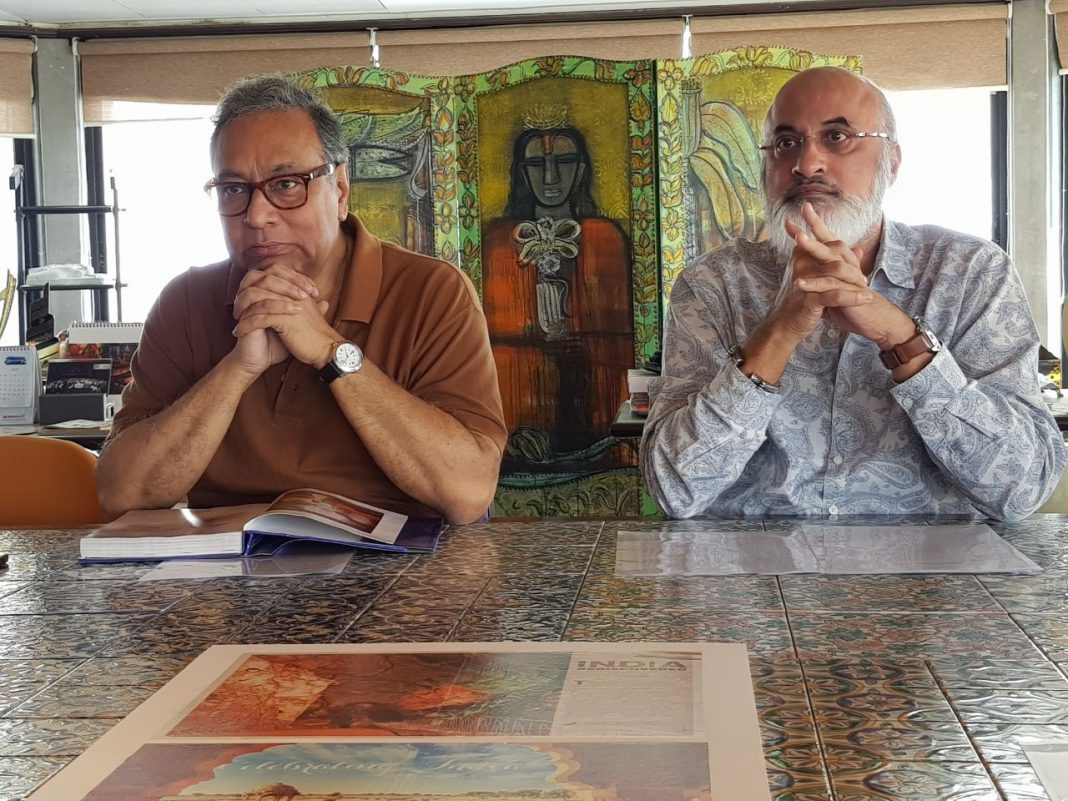 Former Prasar Bharati CEO and India’s longest-serving Culture Secretary, Jawhar Sircar is in Vadodara on Friday, August 18 to deliver a public talk on “Is Indian Civilization 5500 years old? Apart from the topic speaking on Prasar Bharti row he said there is a chance of revive it but needs to have a credibility.

Sircar said that Prasar Bharti is not fully independent and its funded by various agencies. It can be revive but the only way is to have a credibility and the people allows to work. As the Prasar Bharati CEO, Sircar took up the battle against obsolete technologies and dull governmental programmes on DD and AIR and enforced total transparency, cost cutting and digitization despite stiff internal opposition. As a result, he got into spats with ministers and bureaucrats under both the previous and present regimes, mainly on grounds of functional autonomy.

For several years, Jawhar Sircar led India to the UNESCO Conventions on World Heritage, Intangible Cultural Heritage and Restitution of Cultural Properties. He was instrumental in piloting serious museum reforms in India, for which he was awarded the British Museum Medal. Several of his initiatives are now part of the country’s Cultural Policies. He was elected Vice President of the 72-nation International Broadcasting Union and addressed world conferences on television and media policies.

Early in 2017, he was elected as Chairman of the prestigious Centre for Studies in Social Sciences, Calcutta, which leads the 37 research institutes sponsored by the Indian Council for Social Science Research. He has addressed several universities and academic institutions in the world, as far apart as Brazil and Australia-New Zealand, with Europe and Asia in between.

In his talk, Jawhar Sircar focus on the major landmarks that constitute ‘India’ as evident from our present state of knowledge. Mohenjo Daro was discovered in 1922 but even its first archeological report took a long time to be understood even by the officials of the ASI, which meant that the official date of Indian history was not pushed back. It was only after Harappa was excavated that government started reconsidering the starting point of historical India, though text books in universities continued with the old date of 1800 BC or maybe 1600 BC,that appeared more realistic.

It was only in the 1950s that the discoveries around the Indus river were connected into one large civilization known as the ‘Indus Valley’ or ‘Harappan’, but by then all major sites were part of the new country called Pakistan. It was only after Lothal was excavated between 1955 and 1960 and the findings accepted that the Indian side could claim to be a part of the Indus Valley Civilization, some time in later 1960s. Later discoveries in Dholavira and other spots like Rakhigarhi have established that this culture was far more extensive than previously imagined and that it spread considerably in the western parts of India. In fact, there is evidence to establish that a sub-civilization spanned the valleys of the Ghaggar, Hakra and what is claimed as the Saraswati.

The reliable dates vary between 3700 BC and 3300 BC and it is convenient to take the median at 3500 BC as the starting point. According to Jawhar Sircar, the more difficult problem is to establish the continuity between this highly evolved urban civilization that faded away and was never a part of the nation’s historic memory. He shall place certain findings to carry this postulate further and in this same manner, he shall examine the largely non-material culture of ‘Aryan India’ and the subsequent stages of historical development.

He will conclude the panorama of 5500 years by indicating that India’s non-historical or even anti-historical tradition may actually have been essential to its very survival as a loose aggregate where conflicts and tensions between ethnic and linguistic groups were “not remembered”. This may have helped in focussing only on the underlying commonness of religion, festivals, legends and beliefs that inadvertently underplayed the regional differences of custom, dress and diet: assisting in the emergence of a cultural federalism that celebrates its unity in diversity.