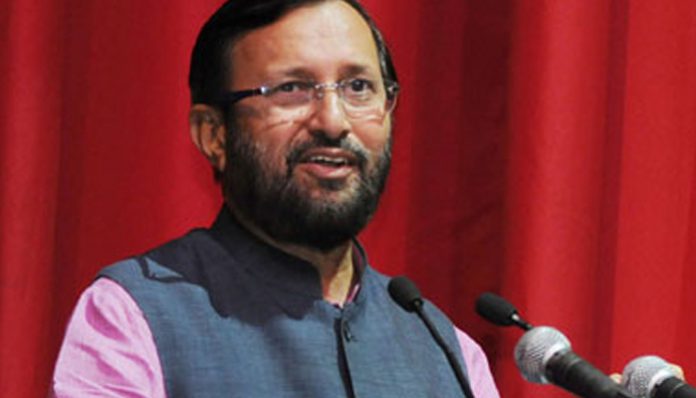 Union Human Resource Development Minister Prakash Javadekar on Monday said that he was confident of the Bharatiya Janata Party (BJP) forming the next ministry in Manipur after the state assembly elections.

He promised the BJP government will send the “corrupt elements to prison”.

Javadekar was speaking at a political party meeting at the residence of Thounaojam Chaoba, the convener of the BJP Election Committee at Utlou in Bishnupur district.

“When the election results are out on March 11, the BJP shall win majority. Once we form the government, all scams, including cash for jobs, shall be looked into and all guilty persons right from the Chief Minister will be sent to prison,” Chaoba said.

Chaoba said the root case of all the corruption in the state is the Congress.

His mother, Okram Landhoni, a sitting legislator vacated the seat for her son.

“I am indebted to all of you for the massive support. I have no words to express my gratitude.” Okram Surjakumar said.

Manipur is going to elect a new60-member assembly in two phases on March 4 and 8.