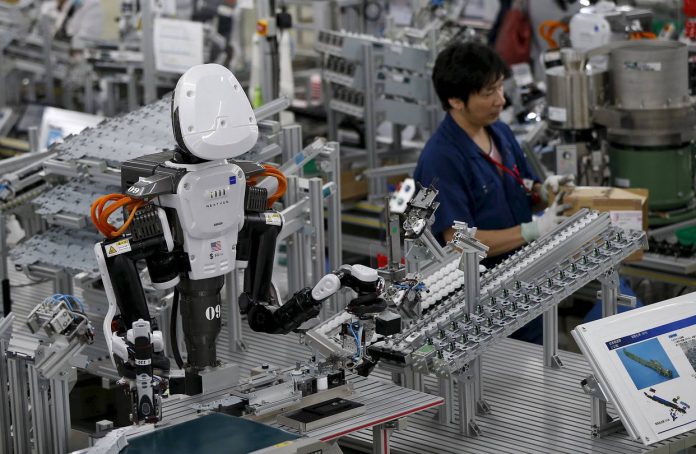 Japan’s industrial production rose 0.5 per cent in December 2016, compared to November, according to data published by the government on Tuesday.

The figure is lower than the 1.5 per cent month-on-month rise that Japanese manufactures recorded in November, Efe news reported.

In relation to the same month in 2015, the index increased 3 per cent, according to figures published by the Ministry of Economy, Trade and Industry.

The industries that had the largest increase in production in December 2016, were transport equipment, chemicals and components and electronic devices.

Those that suffered the biggest setbacks were information and communication equipment and general-purpose machinery.

According to data from a survey conducted by the Ministry of Economy, Trade and Industry among Japanese companies, industrial production was expected to increase by 3 per cent in January and 0.8 percent in February.

Industrial production, which measures the pace of Japanese factories, is considered key to anticipating the pace of the economy of the country, which is highly dependent on the manufacturing sector.