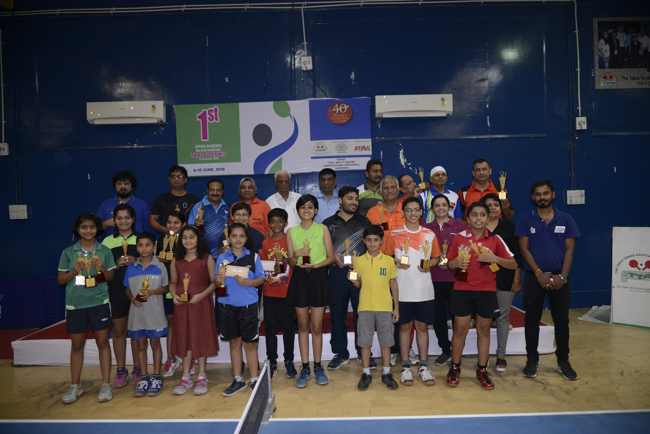 In Quarter finals Pratham defeated former district Champion Malay Parikh in straight 4-0 set. In semi final, he continued his good game and surprised all the audience with his fabulous performance and defeated Keval Makwana. He showed great control in the match by playing attacking strokes which lead towards his victory and was able to get advantage of his defensive rubber.

Keval showed great patience in using his defensive skills but was forced to attack by the unstoppable PRATHAM who continued with his attacking strokes and dominated the match. The match was 4-0 set where both the players have shown tremendous focus during the rallies and never lost their winning desire. Game Score 12-10, 11-6, 11-7, 11-7.