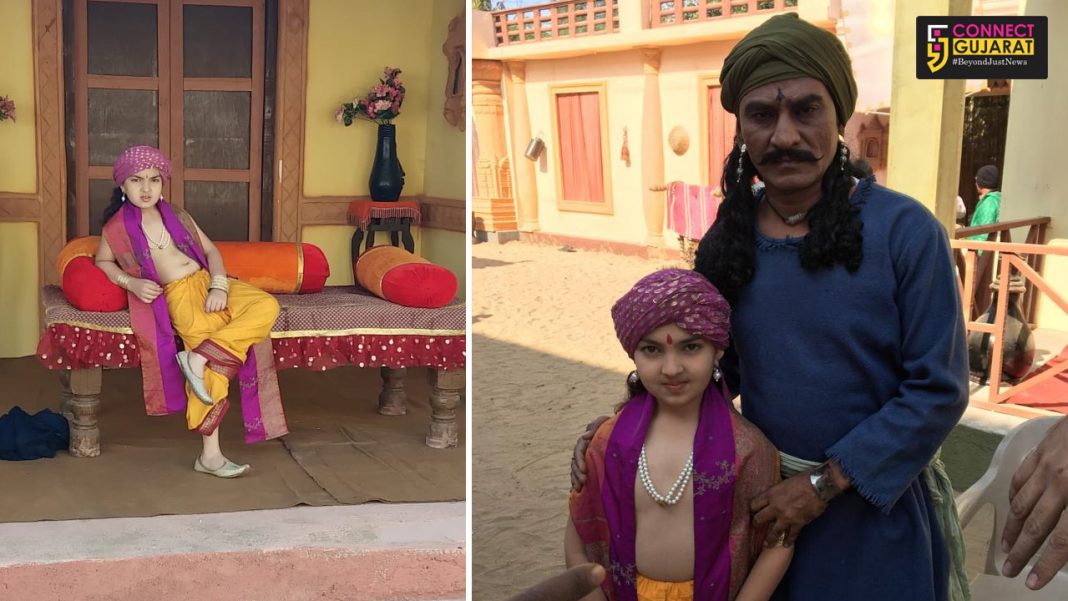 One more child artist from Vadodara is going to shine on the small screen. Residing in Shyamal residency at Waghodia road Jal Shah will be seen in the character of Chote Savarkar in the yet to release Shree Shanidev.

Since childhood Jal is passionate about acting and done some ad films before the big break in the serial. He will be seen sharing the screen with veteran actors like Daya Shakar Pandey from Tarak Mehta Ka Ulta Chashma fame.

He is playing the role of Chote Savarkar in the serial and presently busy in the shooting carried out in the Sagar studio near Vadodara city. This will be the first tv serial for Jal which is a 26 episode series scheduled to be started from January next year.

Jal is studying in 4th standard of Baroda Public School and turn his studio into a study room as he finishes his homework there during the break from the shoot.

Jal said his father is into pharma business and he is fulfilling his parents dream of becoming an actor. He takes training in dancing and also regularly took part in the school programmes. His parents daily come to drop him to the studio and takes keen interest in his acting career. He wants to become a well known actor in future. Presently he is enjoying working with the veteran actors and gaining experience from them which will be of great help for him in his acting career.