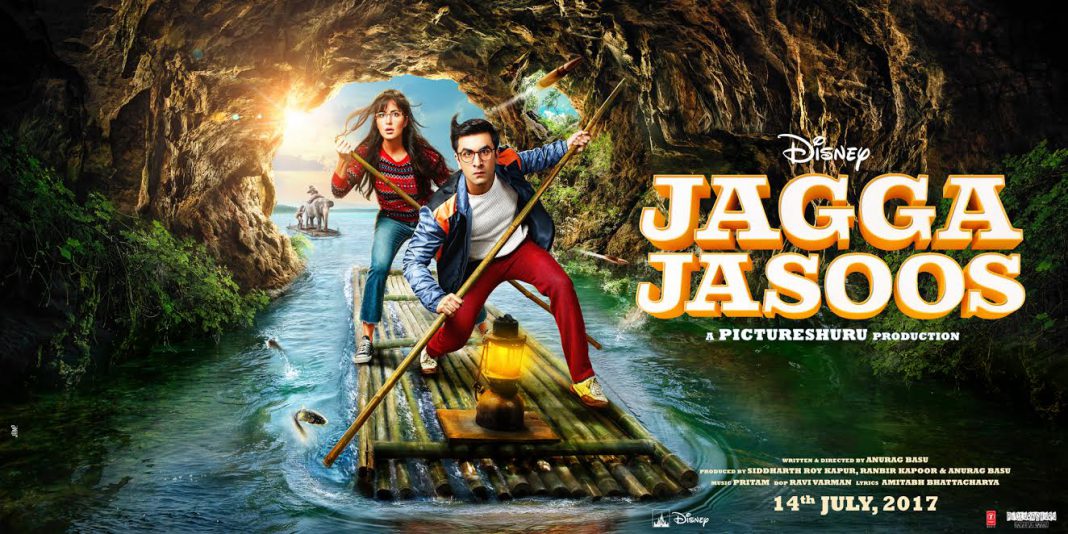 The makers of Jagga Jasoos have unveiled the release date of the film with a new poster, which promises a joyful adventurous ride.

While the previous poster of the film was set against the backdrop of a Safari, the latest poster has left the viewers thrilled with a stone-age like backdrop.

The world (sneak peak in the trailer) of Anurag Basu’s ‘Jagga Jasoos’ was released in December, 2016 and has been widely appreciated by the audience for its unique content.

The film is a adventure drama where Ranbir’s character is on the look for his missing father.

Actress Katrina Kaif took to Twitter to present the poster. She wrote, “It’s official … new release date July 14th ! 2 days before my birthday , sorry had to get that in”.

The film has already intrigued the audiences and people are eager to witness world of Jagga.

Disney and Pictureshuru Production’s Jagga Jasoos directed by Anurag Basu is set to release on 14th July 2017. The film stars Ranbir Kapoor and Katrina Kaif in the lead with music composed by Pritam.