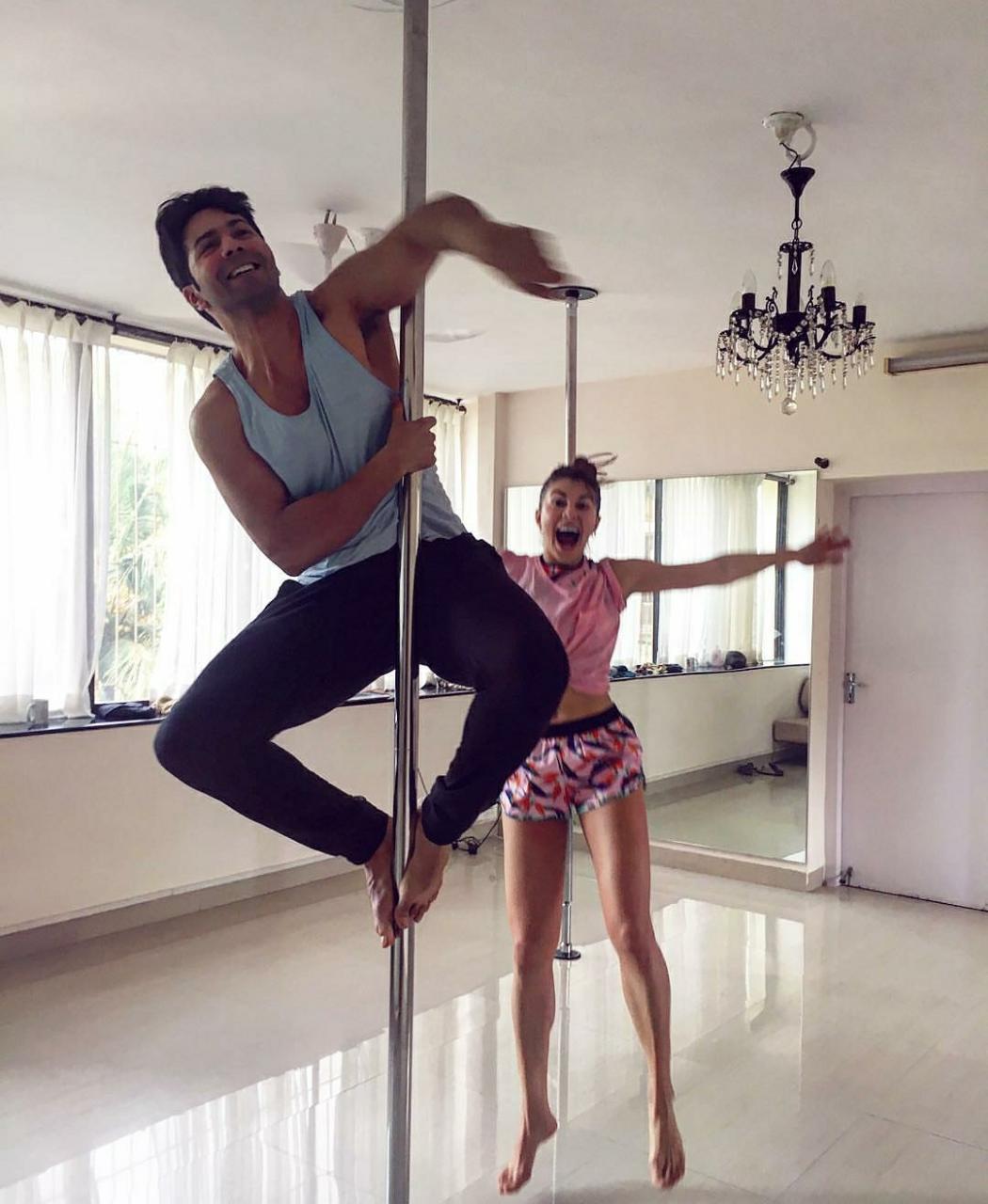 Varun Dhawan shared a picture on social media where he is seen holding firm on the pole and Jacqueline Fernandes taught him the steps. Both the stars were last seen in the blockbuster Judwaa 2 and now both seen doing pole dance in the pictures.

Both of them earlier seen in the movie Dhishoom and now they spread their charm with Judwaa 2 which becomes a blockbuster hit. With their magic the two actors becomes good friends and the latest pictures shows the same.

In the pictures both the stars are seen doing pole dance exercise. Jacqueline also post one of her picture of a yogi pose on pole. She also make everyone surprised with her pole dance in her recently released movie for which she took regrious three months training. The pole dance one of the highlights of the film and the fans are now eager to see more of her pole dance. She make the pole dance famous with her aura.

Jacqueline often shared her pole dance exercise videos on social media and it seems that the Race 3 actress inspires the B town with her pole exercise.