Connect Gujarat
#Beyond Just News
More
Home Gujarat Jacob Martin showed his anger towards ex cricketers of Vadodara for not... 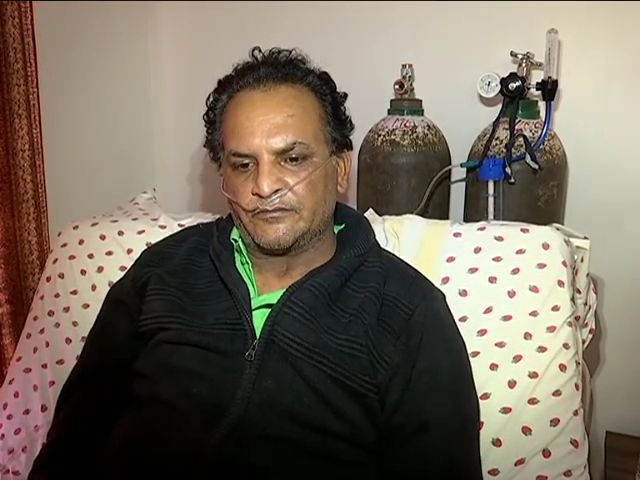 Thanked his godfather Saurav Ganguly, K.L. Rahul and Krunal Pandya for helping him financially in his treatment.

Indian cricketer and ex Baroda coach Jacob Martin is slowly recovering from his grevious injuries after met with a accident. However he showed his anger towards the senior cricketers of the city and Gujarat for not standing alongside in hour of need. He thanked his godfather Saurav Ganguly, K.L. Rahul and Krunal Pandya for helping him financially in his treatment.

Martin was hospitalised and put on ventilator in critical condition after met with an accident. With such tense situation his wife comes out to manage funds for his treatment. Cricket fraternity comes to the aid and help pouring in from all across the country. However Jacob denied to recieve any such blank cheques from cricketers.

Talking to the media after coming out from the ventilator Martin said he is thankful to his godfather and some young cricketers for helping him. However he showed his anger on the ex cricketers for not standing with him and called them selfish.

“Its very disheartening to see the ex Baroda cricketers not come forward to help their cricketer who gives so much to the game and won Ranji trophy cup after legendary D.K. Gaekwad. They all are selfish and busy in increasing their bank balance. There is no unity in them and the money they boast of is of no use when you are not helping your cricketer, ” said Martin.

However he praised the efforts from young cricketers like Krunal Pandya,  K.L. Rahul and his godfather Saurav Ganguly to help him. “Saurav Ganguly send the help in just two hours after getting the details and asked my wife to tell me to get up and serve the game. The inspiring words help me to gain strength and comes out. The young cricketers like Krunal Pandya and K.L. Rahul extend help to him in no time sending an example to others. Its sad to see the cricketers are not coming forward to the aid,” said Martin.