Aries:Inject a bright beautiful and glorious picture in your mind to uplift your spirits. People who had...
Read more
0

District Collector and Municipal Commissioner have planned to set up testing booths at railway station and airport...
Read more
0

Sharukh Khan and Imtiaaz Ali is ready with their new film ‘Jab Harry Met Sejal’ a love stroy between a Punjabi boy and a Gujarati girl. The makers will come out with a new marketing strategy with Mini Trails. 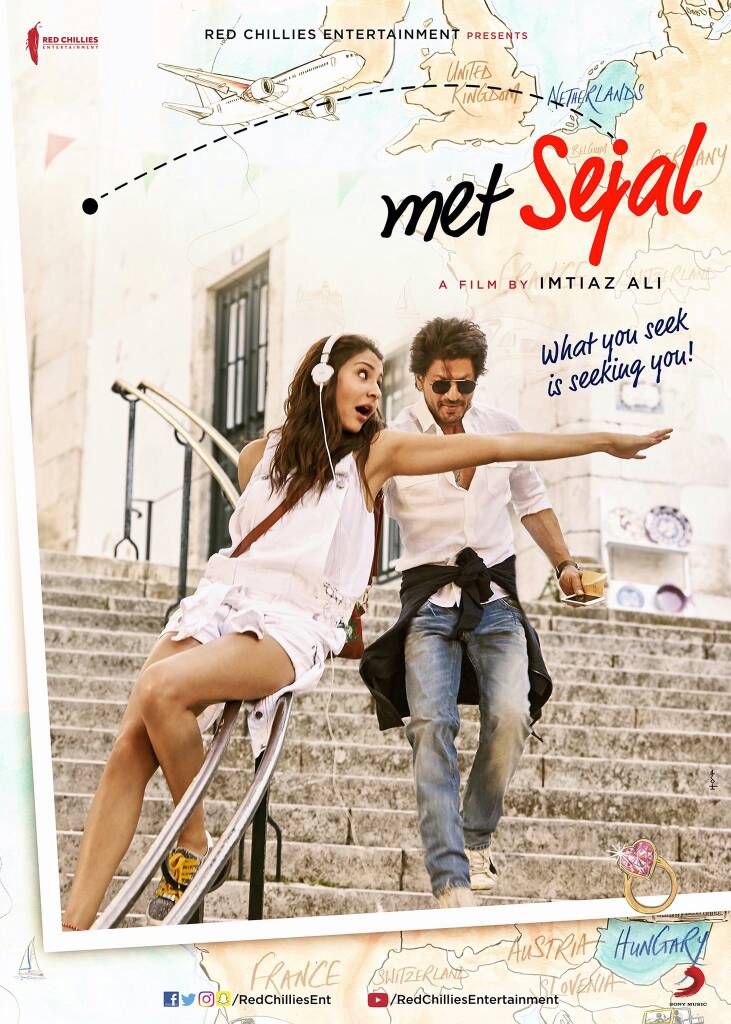 The first Mini Trail will release on 18th June Sunday. Shahrukh Khan the actor and producer of the film said, “The whole idea of Mini Trails is to give introduction of Harry and Sejal which will show the beautiful love story between the two players. The Trails will start as the moments of their journey and slowly turns into a big story which will be showed inside the theatre. Imtiyaaz has the unique style of writing scenes and to shoot. Even in simple scenes there is a feeling and a aspect inside. The Mini Trails will showcase the moments of their film which Imtiyaaz turns into beautiful story. The idea of Mini Trails is to bring close the audience and the characters Harry and Sejal together.”

The film is the love story of a Punjabi boy and Gujju girl and slated to release on 4th August.

Actor Sonu Sood, who is among the most active celebrities providing relief to the needy during the...
Read more
News

0
Total 323 discharged from hospital taking the total to 30229 The number of positive in Vadodara reached 35446 after...
Read more
Gujarat

0
Actor Sonu Sood, who is among the most active celebrities providing relief to the needy during the Covid-19 pandemic, has tested positive...
Read more

0
Actor Sonu Sood, who is among the most active celebrities providing relief to the needy during the Covid-19 pandemic, has tested positive...
Read more

0
A month after its theatrical release, actor Parineeti Chopra-starrer Saina, a biopic on ace badminton player Saina Nehwal, is set to have...
Read more

‘Ramayan’ returns to TV screens a year after lockdown telecast

0
Ramanand Sagar's epic 'Ramayan' has started airing on TV again, a year after the drama saw a rerun during the coronavirus-triggered nation-wide...
Read more

0
Actress Geethika, who is all set to mark her big screen debut with a Tamil film Production No.1 considers herself lucky to...
Read more
- Advertisement -