Connect Gujarat
#Beyond Just News
More
Home India It was the darkest day in my life when the boy attacked... 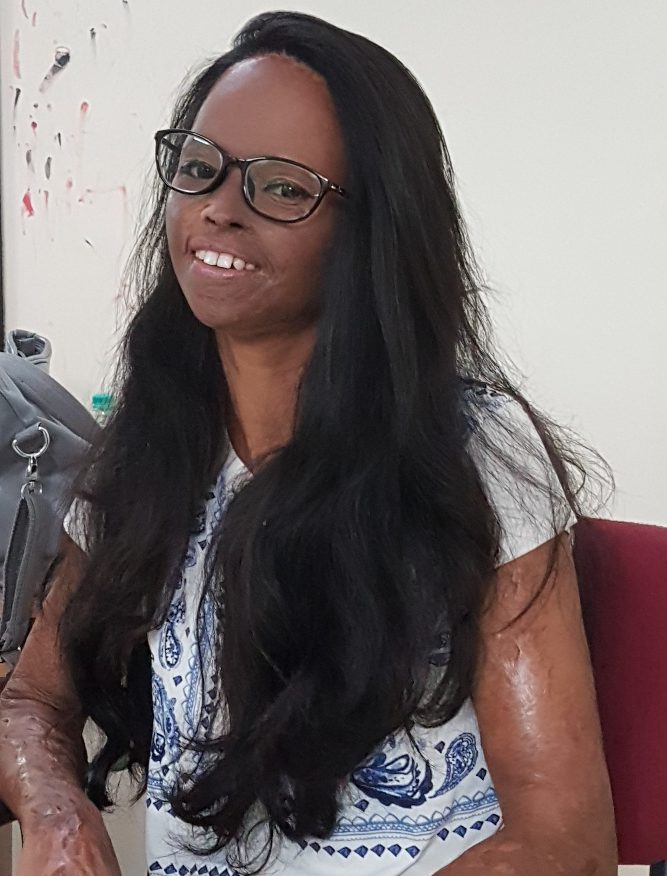 When we are talking about acid attack victims the first thing comes to our mind is the disfigured face and the intolerable pain she went through. But there are some courageous ones who get up after all the suffering and proved to the world that they are not the same now and fight with the society with more strength and courage now. Laxmi the girl from Lucknow is an acid attack survivor and now is working towards the rehabilitation of such victims who never came out in the open. Laxmi changed her surname to Saa which means (Stop Acid Attack) from Agarwal. she now prefers to call Laxmi Saa instead of Agrawal. She remeberes the day when she was attacked by boy who proposed her for marriage and then he committed the heinous crime which sent shivers still in the minds of girls.

“It was the darkest day in my life when the boy attacked me and threw acid on me in a fit of rage after i refused to his marriage proposal. He pushed me from behind and then threw acid on my face and body from a glass. First i was unconscious and when when i regain my senses i felt that someone burned me live. It was such intolerable pain that I was screaming for help but no one came forward to help me. I tried to walk but fell down and in between knocked down by vehicles thrice,” said Laxmi.

However with the support of her family and well wishers she came to life and now dedicate herself to the other such victims. The girl who wants to be a singer in life is still searching for her childhood days which were lost due to the gruesome incident.

“I was a teenager and like others i also had dreams but all shattered in seconds. I want to become a singer but after the attack I lost hope and curse myself. However it was the strength of my parents that I m able to survive and now I live my dreams in other such victims like me. As far as the chilhood is concerned I live my those lost days in the eyes of my two years old daughter ‘She’ which means girl. This is the first such name in the world. But we called her Pihu,” said Laxmi. Laxmi filed a PIL in the Supreme Court in 2006 and the result came in 2013 which says that acid will not be sold in open. But the things never changed and you can easily get the thing.

However she is now working on the rehabilitation of such acid attack victims. “We started the first ever acid attack survivor run cafe ‘Sherose Cafe’ where such victims work and be self dependent. We have three such cafes in Lucknow, Agra and Udaipur where such victims work. It is our previlige that the President himself honour our efforts and present the award to ‘Sherose’ on International Women’s Day,” said Laxmi. She also added that the idea to start such cafe is to help the acid attack survivors to live their dreams.

Laxmi Saa comes here in Vadodara for a Talk in Medical college auditorium where other well known dignitaries like Dr. Vibhuti Patel a profound feminist, economist and scholar from Mumbai, Anand Kumar from Super 30 programme for underpreviliged from Patna, Abha Bhaiya from Himachal and Mona Gulati from Delhi. The programme is organised on the ocassion of International Women’s Day.