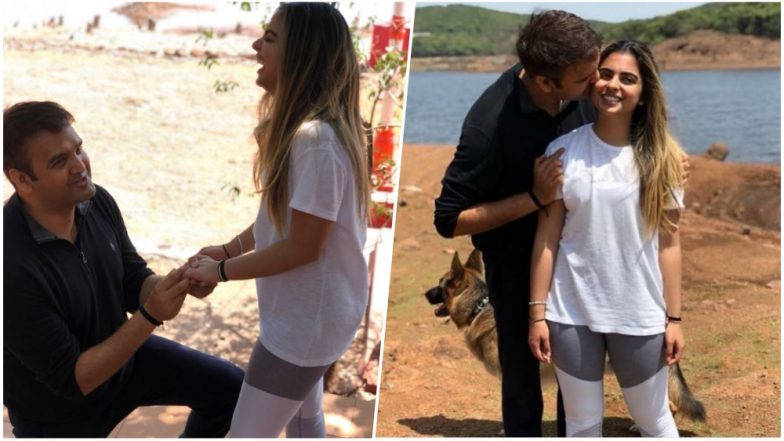 Reliance Industries chairman Mukesh Ambani’s daughter Isha Ambani will soon be marrying Anand Piramal, son of businessman Ajay Piramal. A date for the wedding is yet to be announced but is likely to take place before that of Isha’s twin brother Akash Ambani and his fiance Shloka Mehta.

Anand proposed to his long-time friend Isha over the weekend at a temple in Mahabaleshwar.  The couple then celebrated the occasion with their parents and other family members, including Isha’s two brothers Akash and Anant.

Anand, a Harvard Business School graduate, is currently serving as the executive director of Parimal Enterprises. He founded two startups after passing out of business school. The first was a healthcare startup, Piramal eSwasthya, and his second venture was Piramal Realty, a real estate startup. Both are now part of the $4 billion family-run conglomerate, Parimal Enterprises.

He had recently thanked Mukesh Ambani for pushing him to become an entrepreneur. Speaking at an event in Mumbai, the 25-year-old said: “I asked him, whether I should get into consulting or banking?” “He told me, ‘Being a consultant is like watching cricket or commentating about cricket, while being an entrepreneur is like playing cricket. You can’t learn how to play cricket by commentating. If you want to do something, be an entrepreneur in the long term and start now’.”

Anand holds a Bachelor’s Degree in Economics from University of Pennsylvania and a Masters in Business Administration degree from Harvard Business School. Anand was previously the youngest President of the Indian Merchant Chamber — Youth Wing.

Isha is on the Boards of Reliance Jio and Reliance Retail. She holds a Bachelor’s Degree in Psychology and South Asian Studies from Yale University and will be completing her Master in Business Administration programme from the Graduate School of Business, Stanford by June.