New Delhi, Sep 2 (PTI) Billionaire Mukesh Ambani’s twin children Isha and Akash, and edtech startup Byju’s founder Byju Raveendran are among the Indians who have debuted on Fortune’s ’40 Under 40′ list of influential people around the globe. Stating that the coronavirus pandemic has fundamentally altered the way people work and socialise, Fortune magazine […] 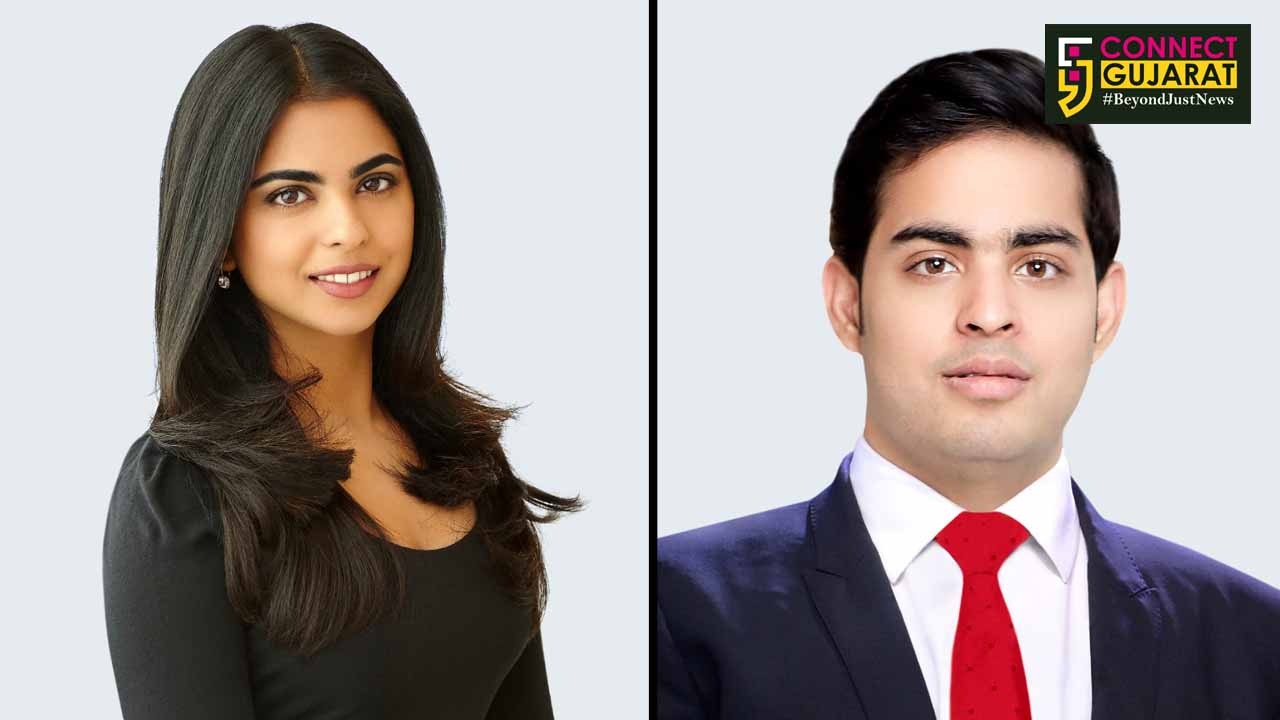 New Delhi, Sep 2 (PTI) Billionaire Mukesh Ambani’s twin children Isha and Akash, and edtech startup Byju’s founder Byju Raveendran are among the Indians who have debuted on Fortune’s ’40 Under 40′ list of influential people around the globe.

Stating that the coronavirus pandemic has fundamentally altered the way people work and socialise, Fortune magazine said executives have moved quickly to support and empower employees while grappling with daunting challenges to the way their businesses operate.

“To reflect this wave of transformation, we decided that we needed to embrace change in this year’s 40 Under 40. We needed to go bigger — and search more widely,” it said.

This year’s list includes 40 influential people under 40 years of age in five categories- finance, technology, healthcare, government and politics, and media and entertainment.

In the technology list, Isha and Akash Ambani feature with Byju Raveendran.

“They say data is the new oil — and when it comes to Reliance Industries, India’s largest company, that’s literally the case,” Fortune said, adding the 47-year-old conglomerate amassed a fortune in petrochemicals before dominating the country’s mobile connectivity market with Jio, a low-cost wireless carrier which debuted in 2016.

Reliance is a family business, Akash joined the company in 2014 after receiving an economics degree from Brown University. Isha joined a year later, following stints at Yale, Stanford and McKinsey.

“As Jio board members, they helped seal the company’s recent megadeal with Facebook – USD 5.7 billion for a 9.99% stake – plus major follow-on investments from marquee tech titans like Google, Qualcomm, and Intel. The flurry of investments lent the business an eye-popping USD 65 billion private valuation,” it said.

“When the glam siblings are not basking in unfathomable luxury, they’re training — along with their younger brother, Anant, 25, a more recent addition to Jio’s board – to take on their father’s empire. A major proving ground will be e-commerce,” it said.

Recently, Akash and Isha helped launch JioMart, a venture that aims to challenge Amazon and Walmart’s Flipkart for command of India’s massive and fast-growing online shopping market. “Hey, even heirs have to earn their keep.”

Regarding Raveendran, Fortune said he has shown the world that it really is possible to build a massively successful online education company.

“Byju’s, as the company is known, has become India’s biggest education technology company, helping millions of students prep and study for the most important exams of their lives while teaching them a thing or two about core topics like mathematics and science,” it said.

Since its founding in 2011, the red-hot education startup has raised over USD 1 billion and is now worth more than USD 10 billion.

“Raveendran will need that cash as he aims to expand Byju’s into new countries like the United States and the United Kingdom,” Fortune said.

Though the education business tends to slow down in the summer, Raveendran has been keeping busy.

“Jain knew nothing about smartphones when Chinese giant Xiaomi tapped him in 2014 to build its India operations from the ground up. But he did know a thing or two about startups,” Fortune said.

The last company he founded, Jabong, was a fashion e-commerce player that was sold to Flipkart.

In his quest for knowledge at the start of his new gig, the executive regularly carried between 30 to 40 smartphones in his bag, testing out features and checking out competitors.

“His (literal) heavy lifting paid off: Under Jain, Xiaomi overtook Korean colossus Samsung to become the smartphone leader in India in just three years, bolstered by a strategy to act more like an Indian company,” it added.