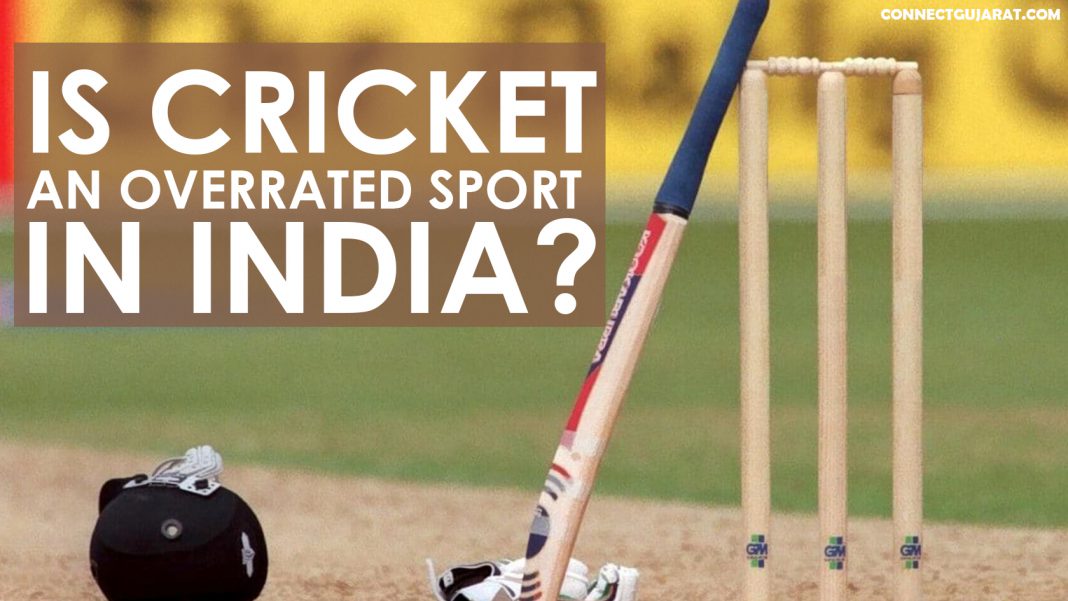 Sports and games improve our physical health and mental health. ‘A Sound mind in a sound body’ and ‘Health is Wealth’ are well-known proverbs. Sports and games produce a good appetite. They keep up one’s blood circulation normal. The love for sports and games should be formed early in life. The elders in the family must make children see sports, games,and matches and teach them how to play them. Cricket is one such sport that is duly loved by all.

Reasons why Cricket is overrated in India

Coming back to the main title, Is Cricket an overrated sport in India? The answer would be YES.

Public Recognition in the shape of prizes are given to the best players. The exceptionally brilliant players are selected and awarded hefty prizes. The way Cricket Players are paid and gain fame, none other sports players enjoy that kind of treatment.

Olympic Games are international games, sports and athletic competitions held together in the same place within a few days. The Olympic gamespave the way for international peace. The important thing in the Olympic Games is not winning but taking part. The Olympic gamesis not held every year it is held only once in four years. Even in the gaming events like that, Cricket is not included. The Indians have started recognizing other sports due to the recent achievements by the Indian Sportspersons in Olympics. But still, cricket overshadows all other sports.

These can be stateda few of the reasons to prove that Cricket is Overrated in India.

Efforts to infuse other sports like Football in India

Many effortswish to spread the nail-biting game of football in a nation that has always considered Cricket as the mother of all sports. In an attempt to spread the football fever in India, there are matches like Indian Super League encouraging the young blood of the country to have a deeper notice of the game.

Thus, all the sports have its place,and it must be given the due importance and recognition.