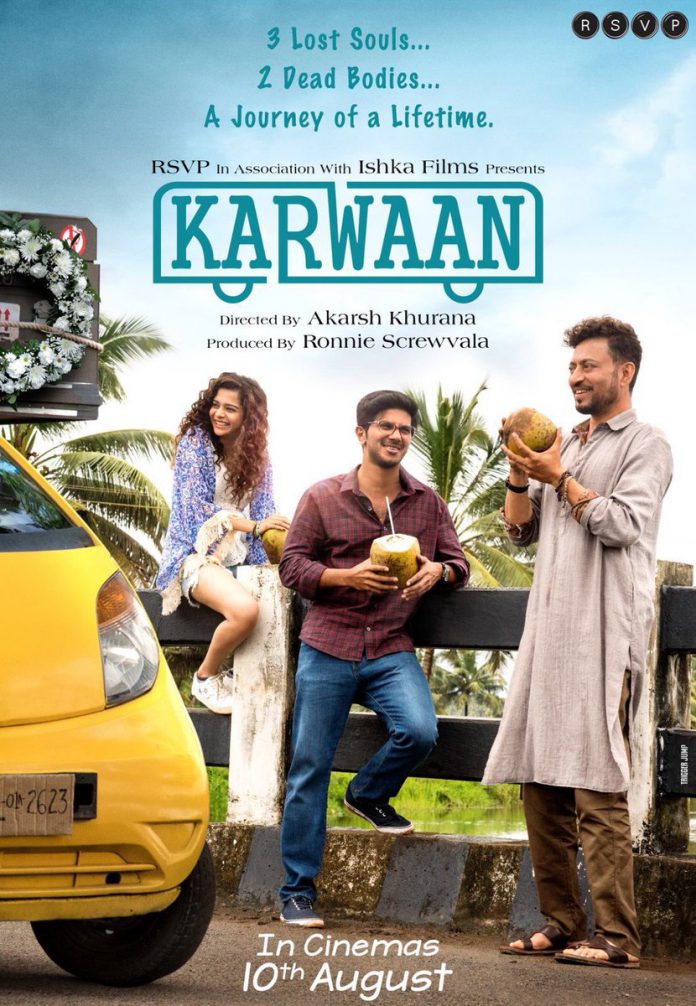 Dulquer Salmaan who is a renowned name in the south industry will also set foot in Bollywood with the film. Mithila Palkar will also be making her first ever Bollywood outing as a lead actress. The makers of ‘Karwaan’ have unveiled the first look of the film sometime back.

The poster of the film has an interesting concept as the makers of the film have introduced 3 lost souls, 2 dead bodies and a promise of a lifetime journey with it.

The film revolves around 3 oddballs from different walks of life who are thrown together on a somewhat bizarre journey which helps them find normalcy in their lives. The film has been shot in the beautiful locales of Kerala which will surely be a visual delight to all the masses.

Produced by Ronnie Screwvala`s creative production house ‘RSVP’ in association with ‘Ishka films’, Karwaan is directed by Akarsh Khurana and is slated to release on 10th August 2018.

Gangubai Kathiawadi: Alia Bhatt’s film to release in cinemas on July 30 this year